Crimsons certainly cut a fine figure with their brooding, gothic appearance... and their music is every inch as riveting. Put them together with one of Leeds' finest music venues, The Lending Room, and you have the irreputable foundations of an incredibly special night. The final line up brought together four equally promising young bands who are all very different musically, but inexplicably managed to compliment one another perfectly. 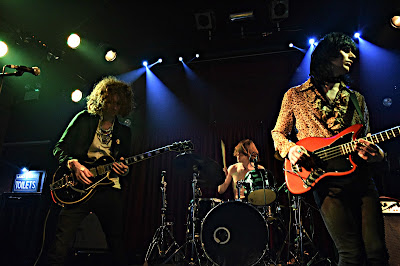 For Machine Wax, this was their first ever gig and they did remarkably well; their sound is an exciting blend of post-punk garage rock with a real grunge edge, which translates extremely well into the live setting and resulted in an all around impressive performance. They packed some serious punch from the word go, and I see a lot of potential here. That's not to say that there isn't room for improvement; their initial unease on stage was quite obvious, but this definitely improved as time went on and did not affect the overall quality of their performance. All things considered, it's no wonder that they were a little nervous and the confidence that comes with such a huge sound will undoubtedly come with time and experience. 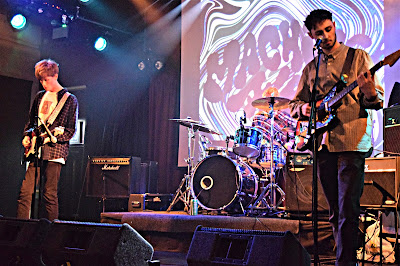 Goldsmack, with their thrilling on stage intensity, gave an all but intoxicating performance, drawing everyone in with their extraordinary instrumental vitality and a hauntingly beautiful vocal verve. They have quite a unique sound, combining punk with elements of psychadelia and pop-rock. 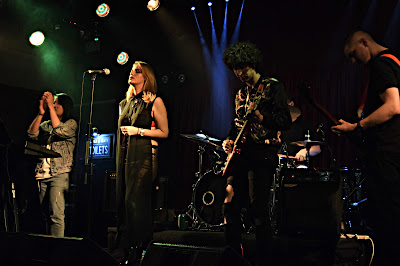 I've made it clear in previous posts that I'm fond of Leeds four-piece Sounds Like a Storm; despite their youth, they have plenty of confidence and charisma and can always be relied upon to give the performance of their lives. As I've come to expect from them, their set was packed full of searing riffs and snarling vocals, proving furthermore that they mean serious business. 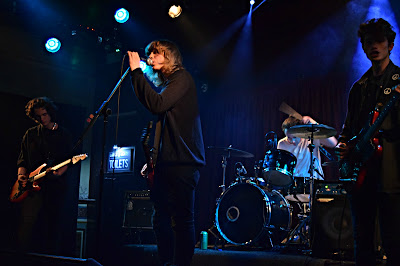 I don't think I could possibly have been more excited at the prospect of seeing headliners Crimsons; seeing a band for the very first time is always a thrilling experience, and suffice to say they had me completely under their spell from compelling start to jaw-dropping finish; they are a very special kind of band, who have creativity and extraordinary musical talent by the bucketload, as well as that all important ability to be able to completely command the attention and awe of their audience when performing live. 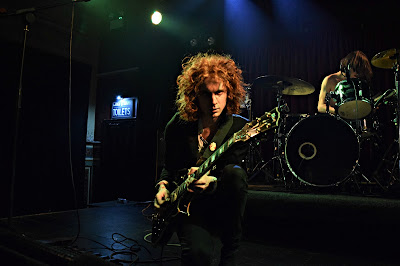 They exude an aura of pensivity and melancholia, resulting in an unforged, raw and atmosphere soaked intensity. The audience, though relatively modest in size, hung on their every word. Though it may be a little cliché of me to say, I was completely and utterly mesmerized and could have stood and watched these guys perform all night.
Posted by Fiction Is Not Imagination at 11:11