There's something incredibly special about West Midlands based trio Alex Bradshaw, Aaron Whittaker and Harry Payne... aka The Americas. Having themselves described their sound rather interestingly as 'music to ride a motorcycle to', debut release 'Tenth Day Of May' proved that they are every inch the jubilant and delightfully extravagant rock n' roll unit that the music industry has been crying out for. The track won them praise from the likes of BBC Introducing, This Feeling and Fred Perry, and the early stages of 2017 have already seen them playing live to audiences across the UK and adding to the already nonpareil buzz surrounding their music. With a quintessentially classic yet excitingly contemporary sound to die for, they're back with stylish new single 'Hot Minute'... and it's just as brilliant as their first, if not more so. 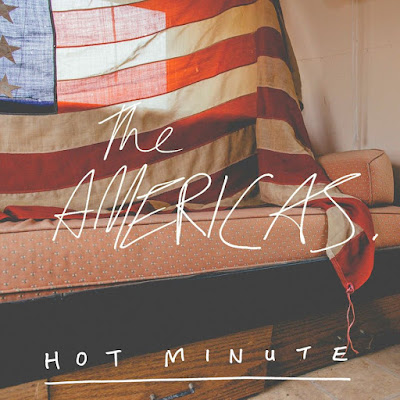 'Hot Minute' is the kind of song that you want to listen to over and over when the sun is shining and you're full of the joys of Summer; it's four minutes of lush, sparkling soundscapes, complete with a bold, instrumental sonority and an energetic, bluesy feel which almost verges on eccentric in the best possible way. Accompanied by a bright and buoyant vocal vivacity, the track has an all around 'feel-good' vibe to it and is melodiously charming and upbeat.


'Hot Minute' is out now. Listen below:

Where to find them...
Facebook/Twitter/Instagram: TheAmericasYeah
Posted by Fiction Is Not Imagination at 11:25