Star quality. You either have it or you don't; cue 17 year old Rory Wynne from Stockport, who probably has more star quality in his little finger than most of us have in our entire bodies. Fresh from supporting Blossoms on their gargantuan UK tour, Rory is the embodiment of rock n' roll artistry... and what's more, I think he is fully aware of this. There's nothing wrong with having a little confidence in oneself... in fact, amongst the sea of up and coming bands and artists within the industry striving to be seen and heard, it's probably a necessary survival technique. Rory knows he's good, and certainly has talent and determination enough to deliver on his promises of becoming the rockstar of his generation. His recently released EP 'What Would Rory Wynne Do?' is the perfect example of his striking capabilities and potential as a musician. It's a collection of songs that give an intriguing insight into his life and mind, and from the subtly romantic 'In The Dark' to the bolshy 'After Me' (in which he croons 'You are the second greatest thing in the universe after me,') no one can deny his exceptional wit as a songwriter. 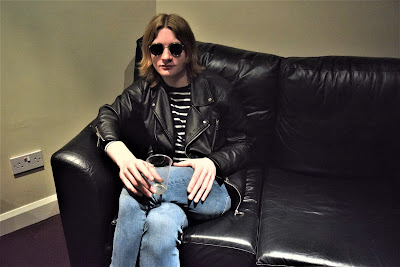 I saw Rory perform for the first time last Summer at Welcome to the North Festival in Leeds and was immediately impressed, which prompted me to get in touch with him via social media to try and set up an interview. He contacted me late last year with a date to keep free in my diary and hints about with whom he'd be playing alongside... one band who can boast a number 1 album, and another with a vegetable for a name who have become somewhat infamous for their crazy onstage demeanour. It could only be Blossoms and Cabbage!

With a date now set, the interview became something which we planned and discussed for the best part of a year, so it was a little odd when the big day finally came around. Blossoms, Cabbage and Rory on a single line up at Leeds' O2 Academy was always going to be a jaw-dropping night of live music, and I was able to meet with Rory beforehand for a chat about his already groundbreaking career; from discussing his cameo role in ITV's Cold Feet, to talking about how to make the perfect cup of tea... an interview with Rory Wynne was never going to be boring, was it? 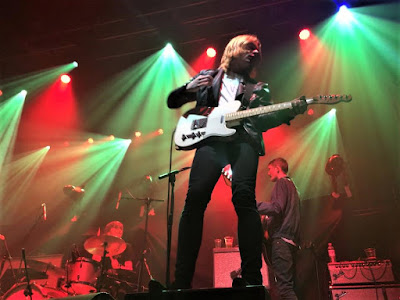 What are your earliest memories of music? Both in terms of what you grew up listening to, and how you came to start making music yourself.
My first memories were probably my day playing guitar or something. But I really got into music once when it was the Summer holidays and I'd broken my leg or something so I was just sat inside watching MTV. My mum and dad bought me a guitar because they thought it'd be a good way to spend my time, so then I just learned how to play it.

You recently released your EP 'What Would Rory Wynne Do?' If you had to choose just one song from that which you feel best represents your personality, which would it be and why?
I think they all do! But I like the line in 'After Me' that says 'You are the second greatest thing in the universe after me.' So that one, yeah.

You've been on the road with Blossoms and Cabbage over the course of the last few weeks. What are the highs and lows of being on tour?
The highs... everything. The lows... lack of sleep. But you just get used to it!

I think you can learn a lot about a person based on how they take their tea, and I know you love your tea! So... what is the Rory Wynne way of making the perfect cuppa?
I'd say to leave the teabag in for about a minute, take it out and add the teeniest, tiniest bit of milk, two sugars... and you're done.

Music aside, what else interests you? Any strange talents or hobbies?
Just eating crisps. I like football, I support United. But other than that, just music really. I don't really do much else!

Which crisps are your favourite though? That's the question!
Ready Salted. Kettle Chips are my favourite type of crisps. More expensive though... 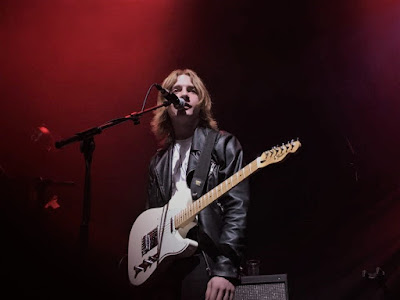 Festival season is coming up, and I know that you've already got a fair few lined up. Do you approach festival performances differently to standalone gigs?
Not really, but I haven't done many. I think because I've mostly done support slots, where the people don't know who you are... and then at festivals they don't know who you are either so they're all the same, really. You just have to do your thing and hope it works! It usually does. I think people either hate me or they love me, and that's probably the best way.

You had a cameo role in Cold Feet on ITV1 last year. How did that come about?
Well because I'm such a great actor, they got in touch and were like 'We want a brilliant actor and you're the best there is,' so I said 'Go on then... how much are you paying me?' They said 'We'll give you 50 teabags and a packet of ginger biscuits.' I was like 'Go on then!' and then I was on TV.

Would you ever consider further pursuing acting?
No. It was horrible! It was just so awkward and there was lots of pressure. I like pressure as long as I'm in control... but I wasn't, it was the directors and the producers. Everyone was shouting. It wasn't nice!

If you could spend a day at the pub and have a good old fashioned knees up with absolutely anyone, dead or alive, who would it be?
I don't know... I'd like to learn something. Brian Cox because he's a very clever man. I feel like if I spent a day with him, I'd at least feel clever even if he didn't actually teach me anything.

What would you say is the biggest challenge facing up and coming bands and artists within the music industry today?
I've not really had any challenges. I've been lucky but I think for most bands, it's just finding their own voice. When they're starting out, and I did the same, I think most bands just copy who they listen to and it's hard to evolve from that. I think finding your own sound is a big challenge, but also just getting a good management and getting heard, really. Once you do that, it's all fine!

Finally... what are your hopes, dreams and plans for the future? World domination?
Of course. I'm hoping to bring out my own shampoo! Just getting as big as I can, really. I need to release some more music because there's only eight songs on Spotify, which isn't a lot. I want to play lots more shows... bigger shows! Get more pedals, lights, smoke machines... get a better rider!

Is there new music in the works, then?
Yeah, and they're all absolutely amazing.

Any more Christmas songs on the cards?
Phil Taggart from Radio 1 said I need to record a song called 'Pre-Recording Christmas'. Then I might just do exclusively Chrismas songs after 2027. 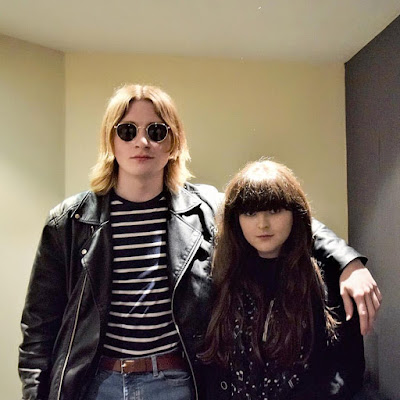 Listen to Rory's EP 'What Would Rory Wynne Do?' here:

Where to find him...
Facebook: /Rory.Wynne
Twitter/Instagram: DrWynneof_Music
Posted by Fiction Is Not Imagination at 10:42