Vuromantics may be a brand new band, but if debut single 'Vultures' is anything to go by, they have the potential to become something quite extraordinary. Hailing from Yorkshire, Sam and Jake Christie, Ben and Jordan Rooker and Callum Hall are due to release their EP 'Waiting On A Storm' in February, and already have a string of live dates already planned for this year. With such a quick-fire entrance into the music industry, they're already making their mark and sealing their place as one of the most exciting and industrious new acts on the block. 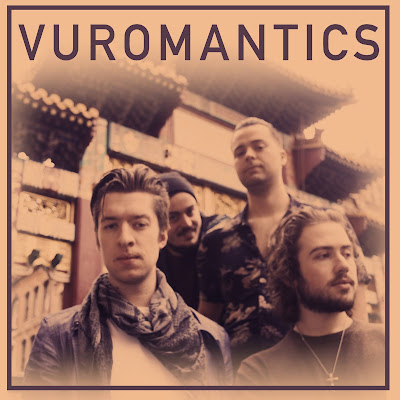 The track is intriguingly dark and vivifying in abundance, but what immediately stood out to me were the emotive and riveting vocals, which exude intensity. It's difficult to assign this band to any one genre; there's a real element of electronic-pop to their sound, yet at the same time, it has a somewhat melancholic rock tinted edge. 'Vultures' is an incredibly clever and compelling first release, and I'm really looking forward to seeing what they do next.

'Vultures' is released on February 24th, and you can preorder Vuromantics' EP here.
Posted by Fiction Is Not Imagination at 13:19