When it comes to live music, there really is no place like Leeds; it's a real hub for musical talent at the minute, and is home to some of Yorkshires' best venues. Brudenell Social Club holds a very special place in my heart, and has become somewhat of a second home over the years! There are other equally wonderful small venues doing just as wonderful a job of ensuring that live music continues to remain a central part of everyday life in Leeds... there's The Library, Verve Bar, Oporto and Belgrave Music Hall to name but a few. And then there is the First Direct Arena, which helps attract all manner of big names to Leeds with the likes of Elton John and Paul Weller having played already, and huge international acts such as Green Day and Kings Of Leon set to play in 2017.

At the very heart of the Leeds music scene are Mick and Chantel of Double Denim Live, and George Holmes of GeHo Events, all three of whom I look up to a great deal and have learned so much from over the years. It was a pleasure to be able to talk with Mick, and with George, about their experiences in the music industry so far...

MICK DOLMAN & CHANTEL LITTLEWOOD
Mick and Chantel are truly at the forefront of the Leeds music scene, and are responsible for championing some of the most exciting acts from far and wide and bringing them to Leeds, often for the very first time... thus introducing them to completely new audiences, and far widening their horizons. 2016 saw the introduction of their brand new inner city music festival, and what a success it was; Kazoopa took place on Saturday 26th November, and the gargantuan line up featured acts such as Judas, Kassassin Street, Faux Pas and Young Kato.


How/when did the initial idea of Double Denim Live come about?
Double Denim Live was an idea we had around early 2012, one of those ideas that float around in your mind for a while and then one day, it comes to fruition. We were invited to a friends gig at a really small venue and thats where we thought yes, this is definitely something we need to do. Music has been a massive part of our lives from being really young, so to be involved in the industry, I think was always going to happen at some point in our lives and to be involved the way we are is fantastic. Bringing bands to Leeds from all over the country to play with some of our awesome local bands is such a great feeling, especially when you get messages from the bands saying they loved the show and they are arranging a gig swap with one of the local bands that played the same show, thats what its all about.

Has music always been a part of your lives?
Music has always been in our lives ever since we were very young. I was brought up listening to the likes of the Pet Shop Boys, Duran Duran, Phil Collins, Fleetwood Mac etc where as Chantel was listening to Elvis, Frank Sinatra and The Beatles so we have quite a varied mix of artists we love. We both grew up in the 90's as teenagers (showing our age a little now haha) and it was awesome, Oasis, Blur, Nirvana, *cough* Spice Girls *cough*, RHCP to name but a few who we had playing on our CD Walkman's....

Can you remember where and when the first show you ever put on was and how it went?
Yes, it was a cold wet miserable Thursday night at Carpe Diem (RIP, another great venue sadly closed) in June 2012. We had the incredible indie/punk band British Daylight headlining the show with support from The Artists (now The Opera Comic), Littlemores and This Legion, all who have gone on to do different things. The place was rammed, we couldnt believe it, such a great night and it was the perfect start to what has been such an incredible journey for us including hosting Catfish And The Bottlemen at Empire (Another venue sadly no longer with us) in November of 2012 just as they were signed to ATC Management which as most people know by now, they are doing alright for themselves. So 2012 was quite a big year for us as we look back at when we first started putting shows on.

Kazoopa has obviously been a roaring success this year... how on Earth are you going to top that next year, or are the details of that top secret at the moment?
Yes, it went pretty well to say it was the first one, we still get a little emotional watching the promo video we had made, it really was an awesome day. So many bands came to Leeds and put on a hell of a show for us, it was incredible. How can we top Kazoopa 2016...well we have some stuff already in place and we have a list of bands we want to bring to Leeds including the headliner so you'll all just have to wait and see... it will be worth it, we promise.

What does a typical day in the office consist of for you guys?
A day in the office for us consists of me ducking at the constant objects that get thrown at me from Chantel hahaha, but yeah seriously we literally organise everything that goes through Double Denim Live, CMD Management, Kazoopa and Inutero and time really does fly when youre having fun. We do have a lunch break of about 3 minutes which is nice.

What exciting plans are afoot for 2017?
2017 will see Double Denim Live in new cities like Sheffield, Huddersfield, Leicester, Bradford as well as our usual haunts in Leeds and Manchester. As we mentioned earlier, we have a lot of planning to do for Kazoopa Fest 2017 which takes up alot of our time and we also look after The Barmines which again, isnt just the odd email or phone call here and there, theres a lot that goes on behind the scenes and we have some special things lined up with them in 2017 so watch this space. 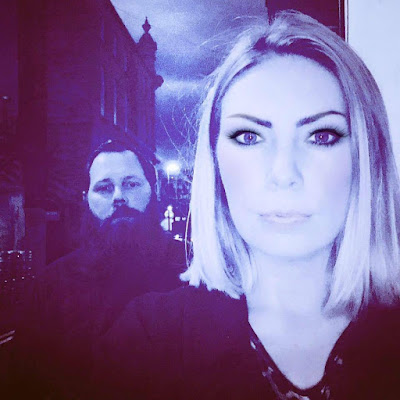 GEORGE HOLMES
When I first started my blog, George was one of the first people in the industry to approach me and ask me to write for him at one of his events- a fantastic all day gig at the Brudenell called Welcome To The North; it was there that I saw the brilliant Rory Wynne for the first time, as well as The Strawberries... an exciting Leeds based band who George himself manages.


How and when did you first start working in the music industry?
In the summer of 2010 I had a meeting with a venue (The Courthouse) in Otley and started to curate line ups at a night called Courthouse Rocks. During that time we had Club Smith, Puressence, The Chevin, Hey Sholay, Joe Carnall & The Book Club, The Lysergic Suite and Middleman to name just a few play and it was all happening on my doorstep. One band however stood out, the Janice Graham Band. So in 2012, I went on my own and booked The Cockpit 3 venue through Andy at Futuresound. The show sold out and was upgraded to The Cockpit 2. I was hooked with promoting and it all stems from there really.

Has music always been a part of your life?
I must've loved music from being born as my grandparents got me a Beatles compilation vinyl when I was very young. I was always in Woolworths during the 80's & 90's, spending my pocket money on vinyls, tapes and CD's. My first purchase was Michael Jackson - Smooth Criminal on vinyl when I was 7 years old.

You run shows for This Feeling as well as your own shows; how did your working with them first come about?
Both Mikey and myself have very similar tastes in music and we were both booking the same acts. He was booking This Feeling in London and I was doing my own shows in Leeds. We had spoken a few times about getting This Feeling in Leeds, as Mikey knows the city well from his time at Uni here. As soon as a venue was sorted, I was brought in to rep the shows and the rest is history.

You've been working with The Strawberries for a while now... what was it about them that drew you to them and made you want to work with them?
I've always had an ear for a tune and the first time I heard The Strawberries was on a YouTube video. I was really impressed with them and offered them a show opening up for The Sundowners at Oporto, they were in good company that night as She Drew The Gun were also supporting. The funny thing was that they didn't look or sound out of place. Following on from that show, I gave them support slots to Blossoms, Hidden Charms, The Vryll Society and Yak. They seemed to be getting better and better and every headline act that they supported respected their sound. So we had a meeting at The Brudenell in early 2016 and both parties expressed what they wanted from this. So far so good.

What have you got planned for us in 2017?
Let's just say it will be another busy one. The Strawberries will have some new music and a tour coming your way very soon. The all day event that I book, that showcases Northern music, Welcome To The North will return in the Summer. This Feeling will also be back in February at The Lending Room in Leeds. The rest you will just have to watch this space. 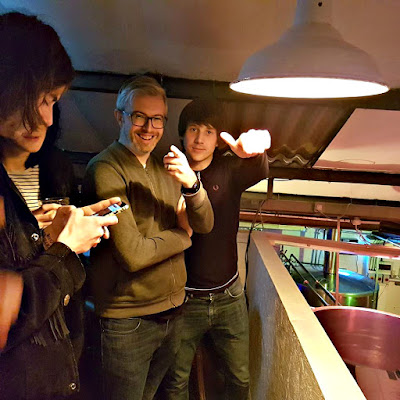 I hope that I have helped to illustrate exactly how crucial people such as Mikey, Neil, Aaron, John, Scott, Jimmy, Mick, Chantel and George are to the music industry- and of the hard work that they all do to provide up and coming bands and artists with a platform, as well as music lovers with an opportunity to enjoy some quality live music. It is so important that we all make a concious effort to keep our local music scene alive... and without these truly wonderful people, who so often go without the recognition that they deserve, none of that would be even remotely possible.

As I'm sure so many of you will agree, 2016 was an incredibly sad year for music; we've lost David Bowie, Prince and George Michael... and we also continue to lose a high volume of independant music venues all across the country, which in turn makes it difficult for new bands and artists and to follow in the footsteps of these legends. So if you take anything from all of this, scrap the new years resolutions and make it your goal in 2017 to get to as many gigs as you possibly can; go out and watch someone that you've never heard of before, because they might just end up becoming your new favourite band, and the next big thing. Happy New Year!
Posted by Fiction Is Not Imagination at 08:03