When I first started going to gigs a number of years ago, Doncaster was one of the first places I ventured into in order to feed my growing love for all things music. There's a real blossoming music scene there at the moment, held together by some truly great venues... noteably The Leopard, Social Bar, and the Blacksmiths Arms (which is just over in Harworth). It's always very friendly, and any gigs I've been to there have always created a real sense of immense enjoyment and togetherness... which is exactly what music should be all about. I've got to know John and Scott of Ginger Beard Promotions, and Jimmy Mac of J.M Promotions incredibly well over the years; all three are endearingly passionate about what they do, and about music in general.

JOHN ALEXANDER & SCOTT HOWSON
John and Scott play host to many an exciting band against the atmospheric backdrop of the Blacksmiths Arms in Harworth, just outside of Doncaster. The pair are also known for their all day musical extravaganza, Blackfest, which takes place annually in the Summer; the festival can always be relied upon to boast an incredibly impressive and varied line up, featuring up and coming bands, plus one or two high profile favourites such as Billy Bibby & The Wry Smiles. What I've always loved about GingerBeard gigs is the friendly atmosphere and the real sense of togetherness that they create... and 2017 most definitely looks set to be even bigger for them.


How did you guys first get together and decide to start GingerBeard Promotions?
Scott: John and I went to school together so have known each other for ages. I always used to attend and enjoy the gigs and festivals that John put on. I think he knew how much I loved the gigs, and he was kind enough to ask me if I wanted to get involved with them. I didn't need a second invitation and Ginger Beard was formed.
John: I started independently organising gigs in 2009 after I’d completed a sound engineering course.  At the time I was working in Portsmouth and wasn’t really aware of any scene around Harworth or Bircotes, where I live.  Anyway, a friend invited me to a pub gig where some local bands were playing and I went along with the expectation that the bands would be terrible.  I couldn’t be further from the truth, there were 3 incredible bands on the bill and to my surprise I found out that more local bands were playing in another pub the week after.  It was a really exciting time with bands like Jery at Controls, Nexus Noise, Unicorn Hunters, The Wallbirds (who became the Famous Villains), Little Mono, Stafford Galli, Bungalow Club (who became The Pilots), Deemus Mint, Dekota, John Merricks Remains to name but a few.  With all this amazing local talent I was able to start putting gigs on at the Blacksmiths in Harworth and this led to our one day music festival, Blackfest, now in its 8th year.  The gigs kept building in popularity until I needed some help.  I’d noticed that Scott and Plum were at every gig I’d put on and it just seemed obvious to ask if they wanted to get involved.  By total fluke, we all have different skills that complement one another. For example, Plum can make most things work but, they won’t look pretty…he even fixed a broken drum kit with spoons at one gig.  Scott is a great manager of me and time, which I have no real concept of.  Ginger Beard started in February 2015.

If you had to choose an absolute favourite show that you've put on... which would it be and why?
Scott:  That's a hard one as there's a few. Our 1st gig as GingerBeard with The Darlingtons and The Kavaliers was really good, the venue was full, probably beyond capacity, atmosphere was electric and both bands were incredible. Before I was involved with Blackfest it was always a day I loved so to be part of that now is extra special. Then there was our stage at Tickhill TFest this year, wow! Think that blew both of us away along with everyone else that was there.
John: Ouch… too many to mention… we’ve been blessed with some terrific gigs… I'm going to have to be diplomatic and say every Blackfest has been great and last year’s Tfest was awesome.  There’s something quite magical about those two festivals that just bring out the best in every performer… it’s something I can’t explain.

Was music a part of your lives from an early age?
Scott: I probably started getting into my music during my teens. The Smiths, Housemartins and The Stone Roses could be heard almost constantly coming from my room.
John: I've been totally infatuated with music since I heard ‘Stand and Deliver’ by Adam and the Ants when I was 9.  I can’t wait for new music, gigs, reading about bands, watching documentaries, fashions, artwork, promotion, studios, music venues, engineering, films, stories and myths… I love every facet of it.  My car is littered with CD’s and the Sky box is totalled with music documentaries.

What's the Doncaster music scene like at the moment?
Scott: Doncaster has a lot of really exciting young bands, but it's a reasonably small town with just a handful of venues so making that name for themselves is difficult... but the music coming out of Donny is high quality.
John: It has the opportunity to be incredible.  There are some great venues and wonderful people putting shows on and ultimately, there are some truly stunning bands.  I don’t feel fully qualified to comment because we’re 10 miles outside of Doncaster but, to me, there seems to be something that is preventing Doncaster from having a ‘scene’ on the same scale as other places… I can’t quite put my finger on it because all the elements seem to be there… I’m totally open to suggestions but, once some genius figures out how to bring it all together into one community… Doncaster will rule.

Do you have any exciting plans already in motion for 2017 that you can discuss?
Scott: Lots of plans for 2017. Carry on with the promoting gigs and a few new and exciting festivals. 2017 is looking like being a very very busy year for us.
John: (With you and Sam Christie) we’re putting together a series of one day outdoor mini-festivals that will run every month from May through to September.  The events that have already been confirmed are: 27th May – Royal Standard (Sheffield); 10th June - Pavillion (Bircotes, Doncaster); 15th July - Harvey Arms (Finningley); 19th August – Blackfest (Harworth, Doncaster); 23rd September - Tfest (Tickhill, Doncaster).  We’re also looking at putting one of these on in York. Anyway, we’ve already confirmed some amazing acts at these shows and we just can’t wait for them. We like our shows to be dynamic so, expect about 15(+) acts on in one day… rapid fire… something for everyone. That means that by the end of the year we’ll have put on nearly, if not, 100 acts… my head is spinning at the thought! 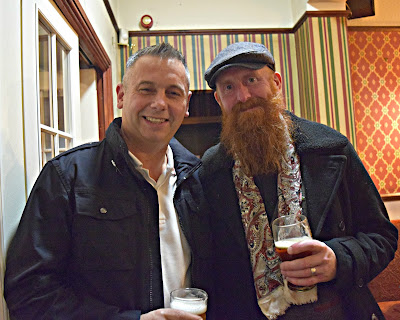 JIMMY MAC:
Jimmy's passion for all things music, as well as his incredibly kind and caring nature, have sealed his place as one of the most recognised and well loved promoters in Yorkshire. When he isn't organising and attending his own shows, Jimmy is almost always at a gig... often attending more than one event in a single night! I think it would be difficult to find someone with the level of experience that he has, which is undoubtedly the reason for his having become such a respected figure within the music community.

Has music always been a part of your life?
Yes especially in my boxing career as I used to train to music all the time!

How did you first get into gig promoting?
My brother runs Fat Sam's, an 1100 cap venue in Dundee, and I used to go to gigs with him and help out. When I left the forces I became a boxing promoter and 1 day (9yrs ago) I decided to put a band (The Thieves) on at one of my boxing shows and it was a huge hit. Gradually I put on more music shows than boxing, and now its 90% music.

What would you say has been the proudest achievement in your career so far?
Well there are many including Westlife, Tinchy, ELO, Catfish and the Bottlemen, Geldof, The Dunwells, and many more... but the proudest was putting the Commitments on in Doncaster and then touring with them.

Are there any exciting new bands that you've come across recently and tip for success in 2017?
Absolutely. Avalanche Party are the best live (unsigned) band I've seen since The Ratells. I think they will be huge in 2017!

Do you have any exciting plans afoot for 2017?
Lots of massive stuff happening in 2017 including 5 festivals, a huge gig with UB40, Level 42 and the Waillers in Dundee for which we have already sold over 3,250 tickets for in May. Too many but can't divulge too much at the moment! 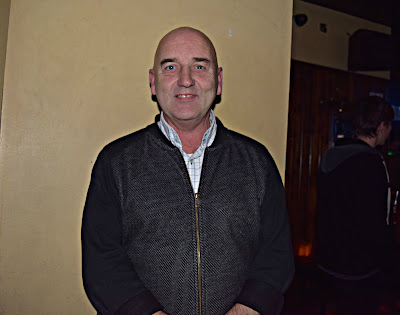 The final part of my 'New Year' special is coming soon, and it's all about the Leeds music scene. Stay tuned!
Posted by Fiction Is Not Imagination at 10:26