Once again, we find ourselves in the midst of Independent Venue Week... one of the most imperative celebrations of live music in the country... and one which, in this day and age, as small music venues continue to struggle and face closure is more important than ever before. When I first started going to gigs a number of years ago, I remember spending much of my time at a fantastic little place in Leeds called The Cockpit; it was there that I had the pleasure of seeing some of my favourite bands... Swim Deep, Wolf Alice, The Darlingtons, to name but a few. My final gig there, shortly before its' closure in 2014, was The Enemy- a band I'd grown up with. To me, (and I'm sure so many others, too) it was a devastating loss. Those were the early days for me, and some of my very first 'proper' experiences of live music. 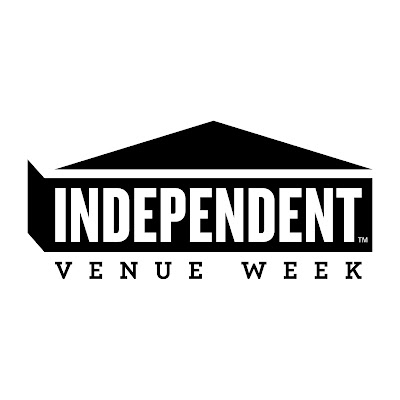 What's important to remember are those lifechanging experiences that I'm sure we've all had at some time or another within the four walls of an independently ran music venue and how different life would be if we didn't have them; for me, a defining moment as such came around on Saturday the 15th of October last year when I attended an incredibly special gig at The Library in Leeds (which is one of the partaking IVW venues) organised by 360 Club. It was there that I saw a band called Cabezudos for the first time, who since then have made quite a name for themselves all across the country... proof furthermore of how important it is for up and coming bands to have that stepping stone to be able to go on to achieve big things.

Over the course of 7 days, a handful of partaking venues are set to host some of the most exciting up and coming bands and artists- therefore encouraging people to get out and help support musicians who might just go on to become the next big breakthrough act. I wanted to find out more about the plight of our small music venues from those who are right in the thick of it on a daily basis; naturally, the first people who spring to mind are the bands themselves. I had a chat with London based quartet Paves recently about this, and about the local music scene where they're from...

We've lost a lot of legends in the last twelve months- Bowie and Prince, to name but a few- and there's been a lot of focus this year in the media about how we're now beginning to lose many of our small music venues across the country... so we're losing the places that are giving acts that opportunity to start out, get noticed and follow in the footsteps of these musical greats. As a band, has that affected you in any way? It's something that needs to be addressed, isn't it?
Mike: I liked the Rythym Factory, we played one of our early shows there and it got shut down soon after.
Tom: The Purple Turtle was one of our favourite venues, and that got bought out.
Luke: It's a bit weird because in London there are a lot of venues... but the ones that got shut down seemed to be the ones that we favoured. There's so much happening in London but you don't always notice it... we're cutting down on gigs, we only do like one every two months, but we're doing our own shows. We pick the venues, and it is noticeable... compared to 2 years ago when we were looking at venues to play, you can tell there's a lot less of them, small venues especially.
Mike: There's not much money in it to keep them going in the kind of scene we're in. Most of the people that go out clubbing will go and listen to the stuff that's in the charts which is why those places make loads of money... so I think if guitar music does make a comeback, that'll help.
Perry: I think a lot of these places are scared to put a band on... I'm from a place called Sutton, and there used to be bands playing in the small pubs, but they're now closing and a lot of the ones that are still going aren't doing live music. Even if it's just a band doing covers it's still a chance for people to get out and see live music and enjoy it.
Tom: There are always bands looking to play gigs as well, that's the really weird thing so it's not finding acts that they're struggling with, it's literally getting people through the door.

Independent Venue Week is not only an opportunity to get out and enjoy some top quality live music... but also a chance to pay homage to those dedicated and crucial individuals who are responsible for the day to day running of the venues themselves and the events that take place there. I've attended many an awe inspiring gig put on at The Library in Leeds by the brilliant Richard Watson of 360 Club, and on Friday 27th January, he is set to play host to one of the official IVW events featuring Leeds' Dusk, Glass Mountain, Fighting Caravans and Sam Wilde. Tickets for this are available here. In the build up to the big event, I was able to ask Richard a few questions...

How do you think that movements/organizations such as Independent Venue Week aid the situation when it comes to the loss of our small music venues?
A massive collective voice all shouting the same thing grabs the attention of the public and media of a whole load of great venues and acts they may support and continue to do so. It can also raise awareness of the government that needs to work to change archaic laws and regulations that impede their survival, strength in numbers is a great thing about IVW, it is also gaining the attention of large artists that are speaking out to support change to help venues survive.

Do you yourself have any fond memories of attending gigs at a venue that is now closed?
Several at the Cockpit, probably with the most memorable being a show I put on with DJ Shadow, DJ Krush and James Lavelle on the same bill, it was so far ahead of its time as people were not really aware of those people but we packed it out and the night was next level craziness with condensation raining down on the crowd, and we had live graffiti going on and the fumes were making everyone even more off their heads…. It was a mental night. Another is Kool Herc in the Harvey Milk Bar who invited loads of local MC’s up on stage with him and had a massive freestyle jam. That bar was inside the Uni and no longer exists.

What can we expect from the Leeds gig on the 27th?
4 class acts who are amongst the most exciting emerging from our scene, 2 of which played Leeds and Reading festival 2016. 4 stunning sets and a night to remember and people can say “I was there” when one of them becomes big, as I am convinced at least one of them will…. All 4 of them easily could if the wind of fortune blows kindly upon them.

Be sure to support your local venue and get out and enjoy one (or more!) of the meticulously planned shows organized in aid of Independent Venue Week, the details of which can be found here.
Posted by Fiction Is Not Imagination at 11:04