Aaron of AMP Live chooses the bands he tips for big things in 2017... 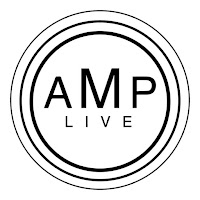 The Wholls
Signed to Sony in Europe, they have played a number of festivals and tours across the UK and Europe. 2016 gave The Wholls a solid platform to build on and make 2017 their year.


Bang Bang Romeo
Taken under the wing of Zy Records, which is same as The Wholls. Also getting to play The Big Top at Isle Of Wight, definitely shows the talent this band have.


Paves
With a sound that will take you all the way from the 60's to present day. Paves as individuals are talented, put the four of them together and you get something special. They'll go all the way this year.


Glass Caves
Probably one of the best unsigned bands out there, with a sound like no other. Glass Caves tour relentlessly and the new direction of their sound definitely shows they mean business going into 2017.


The Ruby Blues
Blues driven 4 piece fronted by Carl Barat styled vocals. Whats not to like?


Tangerines
Think Talking Heads, Rolling Stones, and the strutter Wilko Johnson but add originality by the bucket load and you're about there.


EKKAH
The duo of Rebecca and Rebekah don't half know how to get you moving with their infectious disco funk. Collaborating with the likes of Dam-Funk can't be a bad thing either.


Fronteers
If it's harmonies you want then Fronteers are probably the best around. Think Turner and Kane, Doherty and Barat.


SHEAFS
Fast pace, high energy Indie 5 piece from Sheffield. Having sold out headline shows in Sheffield and supported the likes of Hidden Charms, The Lapelles, and well received sets at Tramlines and AMP Festival as well as being championed by our good friends at This Feeling, we expect a busy year for these boys.


I Kept The Wolves Away
Probably one of the best voices you will hear in lead singer Dan Williamson. This Sheffield 3 piece have a totally unique sound and having played alongside Glass Caves and The Wholls, they are in good company.


Broken Witt Rebels
If it's early Kings Of Leon with a deep South American blues edge, putting their own no nonsense British twist on it, then look no further than Broken Witt Rebels. With tours alongside the likes of King King and Joanne Shaw Taylor and winning over crowds left, right and centre, these gents are destined for bigger things.


Clay
Just announced the two biggest gigs of the bands career. The band have the stage presence, the tunes and drive. It's gonna be a big year for Clay.


The Blinders
Dark, gritty, raw and gaining a bigger following by the day. They showed what they could do last year, and if that's anything to go by then expect them to step up to a new, higher level this year. Cabbage are massive fans...


The Strawberries
After releasing 'Laburnum House' last year, this band are fast on the rise with their 60's infused psychedelic sound. Think The Animals and you won't be far off.


YONAKA
Championed by Kerrang! and currently recording in Sheffield with the one and only Ross Orton. Theresa Jarvis' vocals and stage presence is mesmerizing.


Kashmere
With the release of 'Blow Your Mind' last year and with a sound that isn't too far from the likes of The Amazons and Blossoms. Kashmere are definitely ones to watch this year.


Anteros
Probably the best upcoming female fronted band Anteros, are looking to be a big hit this year. 'Breakfast' is one hell of tune, that can get anyone in the dancing spirit.


Redfaces
After disappearing off the scene for a while, Redfaces have come back with a more mature sound. The latest single 'Kerosene' show the bands development and what is to come.


The Shimmer Band
Mesmerizing crowds up and down the country and at every major festival last year as well as releasing such songs as 'Freedom' and 'Shoot Me (Baby)' the five piece from Bristol, can only go from strength to strength.

Also expect a big year for the likes of JUDAS, Cabbage, Liberty Ship, and April.


Written by Aaron Procter
Posted by Fiction Is Not Imagination at 12:38