The Harriets are the Leeds based psychadelic-rock trio, made up of Daniel Parker, Ben Schrodel and Matthew Smith. They've been together less than a year, but are already making waves on the local music scene and have just unleashed their four-track, self titled debut EP. Admittedly, I was unfamiliar with their music upon being asked to cover their EP release show but I was quickly taken in by their infectious musical style and on stage dynamics. 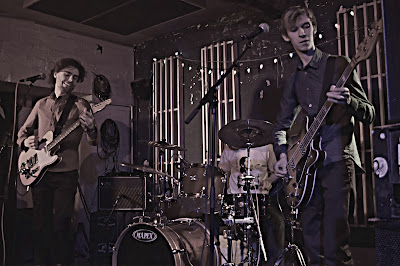 From the moment they took to the stage and launched into the aptly titled 'Harriet Who?' there was an authentic and exceedingly charming chemistry between them, with each member of the band grinning from ear to ear throughout the entirety of their set. When the band are so obviously that happy to be on stage and performing, I think it definitely rubs off on the audience; it was great to see so many people singing and dancing along... despite the fact it was a cold and bleak midweek evening! Having two equally strong lead vocalists definitely works for this band, and they both bring something a little different to the table; Daniel's vocals are quite gritty and tinted with eccentricity, whilst Ben's are somewhat smoother. The performance was incredibly varied, which I loved; it featured fast-paced, fun and vivace tracks such as 'Harry'... and then on the other end of the spectrum was the beautiful 'Train Window Girl'. Admittedly I'd spent a great deal of the set thinking that, whilst The Harriets are very much doing their own thing, they had an air of The Beatles about them- and so it was somewhat unsurprising when they decided to throw a cover of 'All My Loving' into the mix. They definitely put their own spin on it, and both in terms of sound and image, I can tell that they take a great deal of inspiration from them. 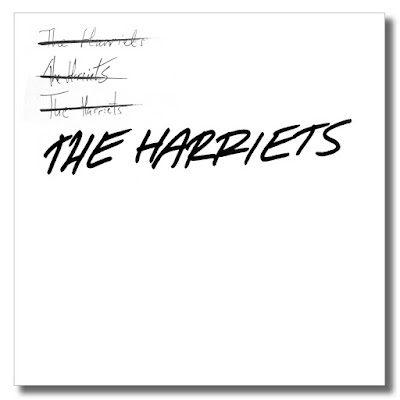 There are so many bands out there trying to achieve what they seemingly manage to do so effortlessly... that classic and timeless sound which, whilst somewhat reminiscent of times gone by and leaves you feeling as if you have truly been transported to the swinging 60's, still remains completely relevant and contemporary. There is certainly some room for them to grow; I think they're good enough to pull off a headline show without any covers incorporated into their set... more than anything, this would ensure that the focus remains solely on them and not the acts whose songs they are covering. The band should be proud of the fact that, as their set came to an end, the audience demanded a repeat of EP opener 'Harry' as encore- which they'd already played earlier that night. For a band who are just starting out to be so remarkably confident and at ease with themselves, their sound and their image shows just how much potential there is here, and it's difficult not to be excited about the future of The Harriets. Watch this space.
Posted by Fiction Is Not Imagination at 10:34