Kassassin Street truly are a band like no other; their nonpareil psyche-rock sound is somewhat hypnotic, and whether you enjoy their music through way of studio recordings or whether you witness their invigorating live performances, they always bring about a sense of complete and inexplicably beautiful equilibrium. The band, who hail from Portsmouth, have already very much made their mark on the music world; their debut EP the 'Radio Silence EP' (released in 2015) is an intelligent and enigmatic collection of songs in their usual instantly recognisable style, and 2016 has seen the release of two singles, 'Hand In My Pocket' and more recently 'Do Or Die'. They've also played a stream of live dates and festival appearances up and down the country, and with a new EP expected shortly, I think its safe to say that we can expect big things from Kassassin Street in 2017. 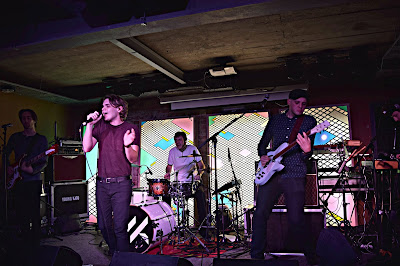 I was able to chat with frontman Rowan Bastable prior to their set at Kazoopa Festival. Despite having just endured a 6 hour car journey to Leeds for their performance, he was one of the friendliest people I've ever met and a real joy to chat with.

How did you all meet and begin playing together?
I've known Nathan and Ryan since school, so we've always played together in bands... skipping PE to go and do music, that sort of thing! Then at college we met Tom and Andy, the other two guys in the band. We all went off to uni, and then when we came back we kind of starting doing it all properly. We started just playing in a bedroom for hours and hours on end just making really weird noises and jamming really. It was six months or so after that we got some songs out of it and started doing gigs. That was about three years ago now, so we've been doing it a little while! Time flies!

Do you have any fond memories of playing in Yorkshire?
We really do! We always have a really, really good time every single time we play up here. When we did Live At Leeds at Oporto... that was amazing. It was 3 or 4 in the afternoon, there was beer in the air and everyone was going mad! I've had an amazing time at Y Not Festival, and we had a great time playing Tramlines in Sheffield. We really notice that we always have good gigs in the North, so it's always worth the drive. There's a real element of just having fun and people not worrying about how cool they look... I think the further South you go, the more self concious people get. You can go to the coolest gig in London but everyone kind of just stands there and claps. It's completely different here.

If you could collaborate with any band or artist, past or present, who would it be and why?
That is tough! I'm gonna say Damon Albarn... due to the fact that I think whatever he seems to touch turns to gold. He's one of the most contemporary musicians, and one of the only people who manages that with whatever he branches out in, and with the people he's got performing on his albums... only someone like Damon could make that happen. So yeah, I'd like to see what I could do with him. Kassassin Street, Damon, and Snoop Dogg... it could be the future!

Is there anything that you've done so far - whether that's a particular piece of music, a certain show that you've played or something else entirely- that you're particularly proud of?
We went out and played in Spain this year so that, for us, was really amazing. SOS Festival in Murcia... it was huge, and it was really good. We had a few thousand people who came out to watch us which we weren't expecting at all. On the bill, it went us, then a spanish band, and then The Libertines... it felt really, really strange! And we got loads of free food! So yeah, I'd say that... it felt like quite a feat for us to take our little band from where we're from and be flown all the way out to Spain to go and play songs to people. 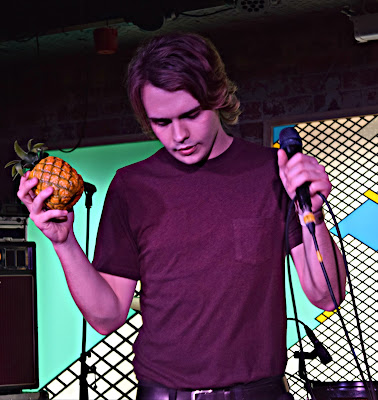 You've played a number of festivals this year... did you manage to see any other acts between your own performances that you'd recommend?
This year's been a really tough one... we've played so many in the North, and we tend to go up and come back in the same day so unfortunately we never really get to see anybody at all. We normally end up being backstage, then we play our set, get straight back in the van and hit the road. I've seen a lot of service stations! I can probably recommend a few good service stations... Toddington is quite good! But unfortunately I just haven't been able to see any bands, which is sad really because it's kind of why I got into it.

When you tour, how do you spend your time between shows? Do you ever get to be tourists?
I try and do a lot of music when I can, I've always got my laptop on me. Being in the van on tour is great for spurting out ideas. I do like to act like a tourist though, I'm quite a culture vulture! I like buildings and architecture... that's a guilty pleasure as well, architecture! So I like doing all of that... and then kind of trying to catch up on sleep! Those three things take up all of my time... and then petrol stations, and service stations!

What's been the biggest learning curve for you as a musician since you started out?
The biggest learning curve really is that I thought I knew it all and then realised that I really didn't... and so you really push yourself to be better and better... to try and play as much as we can and get tighter, but there's always work to do. The best thing that you've ever done, you're yet to do... that's how I always try and think about it.

Finally... you have a new EP due out next year, don't you? Do you think that it's different to anything we've heard from Kassassin Street before?
Yes, it's called the 'Freak EP'... we're going to release it song by song, so there's going to be another song in January, one in February and then the final one in March. It's a little bit different from what we've released before, but not a million miles away. I'd say it's just a more polished version of what we've done before. I think we have better songs, a better sound and just a more polished production as well. I'm really looking forward to it. 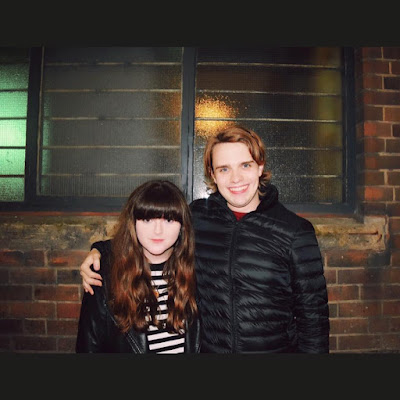 You can listen to the bands' latest single 'Do Or Die' below. It's available to purchase and stream now on all good musical platforms.

Posted by Fiction Is Not Imagination at 10:08