Cabezudos are the Liverpool based quartet (made up of frontman Jack Hughes, bassist Tom Maher, drummer Harry Strachan and guitarist Chris Bolton) who have had me completely under their spell since I was first introduced to their incredible music last month when they played in Leeds as part of the 360 Club. They've only been together for just over a year, but with their polished and confident sound they have the airs and graces of a band who have been doing this for decades. 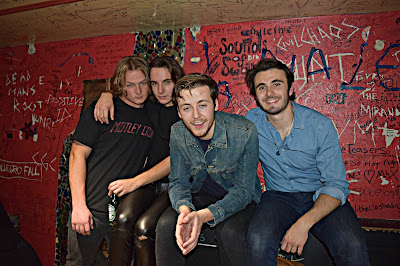 New single 'The Way' is a sizzling and achingly passionate bluesy-rock number. It's engaging and captivating throughout and is one of those songs that you listen to and can't help but become completely entranced by. The lyrics are quite intense, yet beautiful at the same time; it's very much a melancholic story of frustration and longing, with Jacks' astonishingly powerful vocals creating an incredibly compelling backdrop. Instrumentally the track is atmospheric and resolute, with each member of the bands' jaw-dropping talent emanating through. 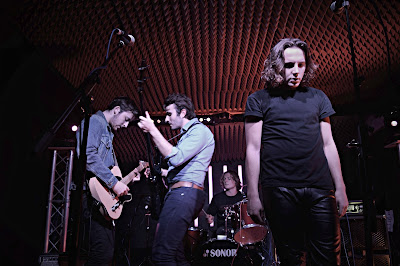 There's a real element of theatricality in everything Cabezudos do, and from their electrifying live performances to their studio recordings, they truly are a very special band with an undoubtedly big future ahead of them.


You can listen to 'The Way' via Soundcloud here:

Posted by Fiction Is Not Imagination at 11:12