I was thrilled to have been asked to be a part of Oxjam Leeds Takeover, not only because of the wonderful line up, but also because this is a music festival with a bit of a difference; it's all about raising funds for Oxfam, so gig goers could revel in a fantastic day of live music whilst knowing they were doing their bit for a fantastic charity as well. I have to admit... I wasn't familiar with any of the venues taking part in Oxjam, and not having a particularly brilliant sense of direction, spending much of the day lost in Leeds was a real concern. However, I quickly found that most were within a short walk of one another and so thankfully the day went without a hitch.

I spent the majority of the festival at The Old Red Bus Station, an incredibly atmospheric little venue which throughout the course of the day hosted bands in three different rooms. The first band I saw were Leeds' own LUNABLIND, masters of the eclectic indie anthem. They remind me somewhat of Two Door Cinema Club, and I can definitely see them following in their footsteps in terms of commerical success. This is the second time I've seen them live now, and both times I've been seriously impressed; one thing's for sure, they certainly know how to pull of an incredibly refined performance. 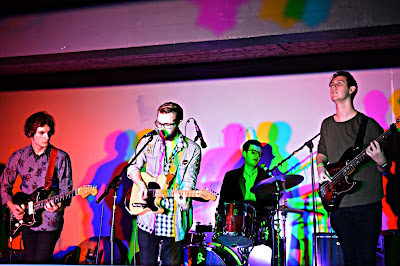 I'd been really looking forward to seeing Floodhounds again, after having been completetly blown away by their recently released EP 'Look What You've Started'. Musically, they're quite different from anything I've heard before, and most definitely put their own stamp on the indie-rock genre. They have a very impressive bluesy rock sound, and their live performances are always completely off the scale. 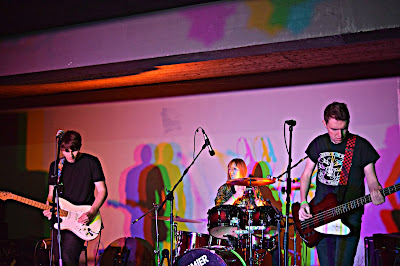 I absolutely adore Mint. As people, their fun, energetic nature is just so infectious- and this definitely comes across through their music and within their live performance, too. They're the kind of band that you can't help but fall in love with; they have a refreshingly unique and quirky sound, perfectly combining high energy pop beats with their own blend of guitar fuelled rock n roll. 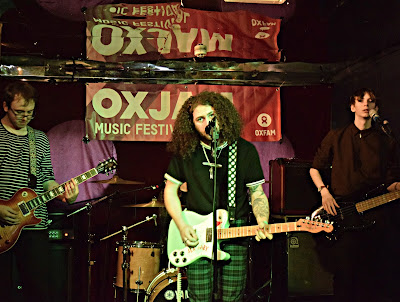 As I'm sure you'll have noticed, JUDAS have featured on my blog a fair few times this year, so you'd think that by now I would have completely ran out of things to say about them. Wrong. I've always thought that they come across as perfectionists, and this is something which they themselves have agreed with me on; they're always striving to be better, and thinking of new ways to up their game and keep things fresh and interesting. What always gets me about this band is the way they've always improved from the last time I saw them; something is always different, and in this case, it was a brand new addition to the set in the form of the anthemic 'Gone Forever'. It's been a successful 2016 for JUDAS, and if the new music is anything to go by, 2017 is going to be even bigger. 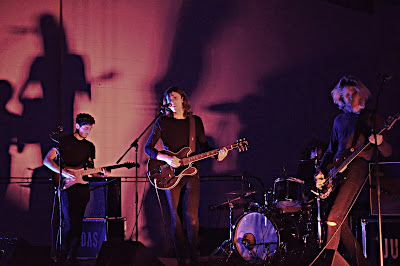 It was my first time seeing Ramona Rose live, and I was totally blown away by her mindblowingly powerful vocals and stage presence. In terms of musical style, I reckon it'd be fairly difficult to categorise them into a single genre... but that's whats so great about them and makes them really stand out from the crowd. As a group there was obvious chemistry between them throughout, and this was a perfectly executed, compelling performance. 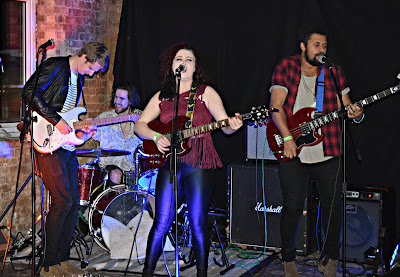 NGOD were probably the band I'd most been looking forward to seeing; over the last couple of months, I've seen their name popping up all over social media, as well as a number of friends raving about how impressive their live performances were. They have such a bold, confident and experimental sound and are most definitely one of the most impressive guitar bands on the scene at the moment. It's difficult to explain, but I felt completely drawn in and captivated by them throughout the entirety of the performance. A number of technical difficulties arose but the band dealt with them coolly and confidently and if anything they only added to the excitement of the performance, with drummer Alex at one point entertaining crowds with a bit of a solo whilst things got back on track. 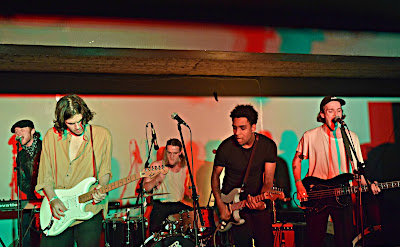 Posted by Fiction Is Not Imagination at 10:04