I'd never heard of The Suspects before until they sent over their recently released new single 'Let Me Go', but as soon as I listened to it, I realised how special this band are and how much raw potential there is here- very exciting indeed! The band are based in Manchester and consists of David Greenwood (vocals), Joshua Hill (lead guitar), Brendan Hill (drums), and Zak Meyers (bass). This track is very much my thing; I like music that has a sort of dark, brooding edge to it- which this most definitely does. The vocals are quite atmospheric, and the first thought that came into my head was that they reminded me a little of those of Joe Strummer of The Clash. It's quite an intense track, both musically and lyrically, but I like that; it's powerful and engaging from start to finish and made me eager to listen to more of their work which I'm sure with any band is the desired effect when releasing new music. 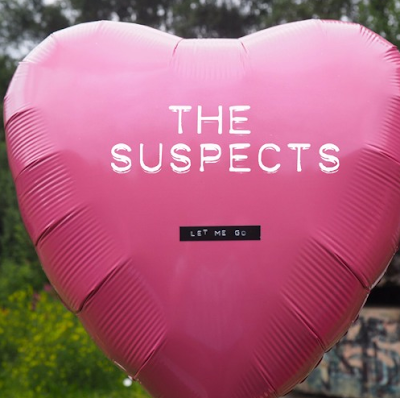 They're a relatively new band, but they already have such a tenacious and bold sound which is very different to anything I've heard before and definitely makes them stand out from the crowd. 'Let Me Go' is raw, authentic and genuinely brilliant and I can't recommend it enough. You can have a listen yourself here: