The Brookes are the Grimsby based guitar band consisting of Benjamin Keal, Alex Smart, Elliot Gant and Bryn Cattell. One thing's for certain, new single 'Blank Canvas' is one BIG guitar anthem, which really shows off not only their talents but I feel it also displays a real maturity in their musical style. 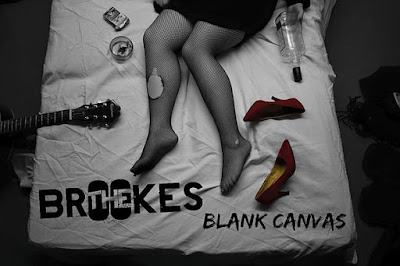 What immediately caught my attention were the brooding bass lines in the introduction, and the gradual build in momentum of the guitars as the song kicked in. The lyrics are compelling, clever and poetic. On first listen, I couldn't help but think that it reminded me of early Arctic Monkeys material due to the grittiness of the vocals and the nature of the stellar guitars that accompany them throughout. Comparisons aside, that's not to say that they don't have their own style because they certainly do; this is the first track I've heard from The Brookes, but it's not difficult to see that this is a band who are not only confident and capable musicians but know exactly what they want to achieve and have the determination and flair needed to make it big.

You can watch the official music video for 'Blank Canvas' here:

Posted by Fiction Is Not Imagination at 06:35