Tramlines went by far too fast for my liking, and I'm already finding myself looking forward to next years' festival. It all ended on a high on Sunday; I saw some pretty incredible bands once again, most of which I wasn't familiar with beforehand- so all in all, it was a day of discovery.

On Sunday afternoon, the first band I saw were the fantastic JEKYLL at Crystal Bar, just one week after having first discovered their music when they supported October Drift in Harworth. They have a real distinct sound, perhaps mainly because of the easily recognisable vocals and impressive falsetto from frontman Joel Foster. They have the airs and graces of a group that have been performing together professionally for decades, an impressive feat for such a young band. In places, I'm reminded of early Muse, particularly in 'The Wounds We've Ignored', one of the tracks that can be found on their EP- and my personal favourite of theirs. In terms of their live show, it's always very atmospheric, not only due to the nature of their music but because of their phenomenal stage presence; there were a couple of occasions throughout their set where I quite literally stood there open mouthed and said 'wow'. 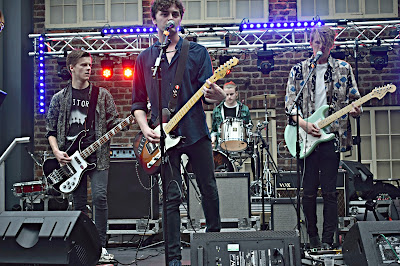 I managed to catch the tail end of Atlanta House over at Tiger Works Bar, and even though I literally caught about two songs, I am still SO glad I managed to see them. This is a band who I've heard a great deal of good things about over the last few months, and now I completely understand why. Their sound is a unique fusion of charming youthful indie, and gritty rock 'n roll with a punchy punk edge. Despite having seen so little of their set, their chemistry as a band was immediately visible and I'm very excited to see them again in the near future- properly, this time! 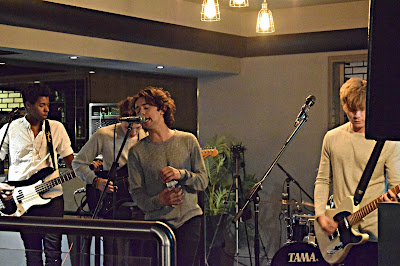 The next act of the day were another Leeds based band by the name of The Rook; again, I've heard many a good thing about them but never actually seen them live before. Suffice to say I enjoyed their set, and their music in general. They perform together with real ease and confidence, and ther music displays an impressive amount of maturity and sensibility. 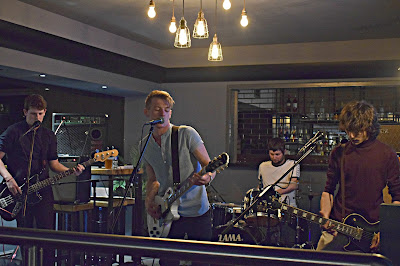 I was VERY excited to see The Elephant Trees live again. I really love bands with female lead vocalists, and it has to be said- Martha Phillips has one of the most incredible voices I've EVER heard. What always gets me about these guys is their obvious joy whenever they're performing; they're constantly looking to eachother with the biggest grins on their faces, which is both enduring and impressive because all of the best bands are built on friendships as strong as theirs. Neat and stylish melodies, captivating vocals and an utterly brilliant mix of acoustic/rock songs make this performance one of the highlights of my entire weekend. 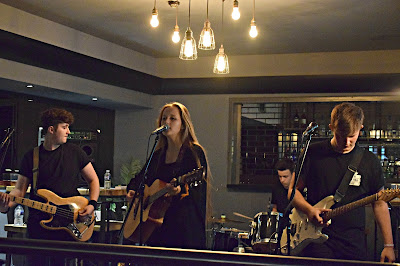 I headed back to Crystal Bar to see Allusondrugs, whose performance I'd been eagerly anticipating and who totally blew me away with their HUGE stage presence. Their genre of music isn't usually to my taste, but I think it would be impossible for anyone who saw this band live to not be impressed. Their live show is dynamic, fast paced and so energetic that I don't think a single member of the band stayed still for longer than a second throughout their entire set! A plethora of noise, mayhem and fun... these guys are a real musical force. 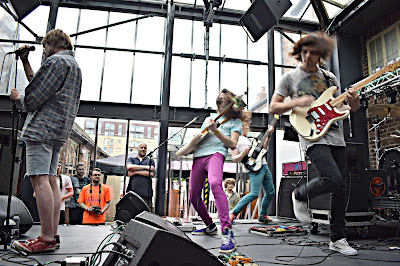 Next came Kassasin Street, a Portsmouth based band with an ultra groovy and experimental sound which admittedly, based on first impressions when the band took to the stage, I hadn't really expected from them. Theirs was an entirely compelling performance, packed full of feel-good, melodic tracks that are incredibly well suited to the festival environment. 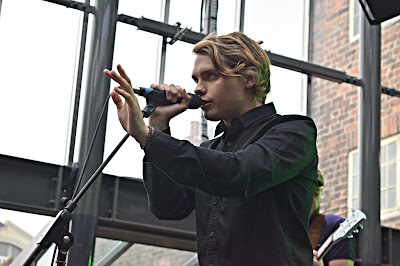 I was pleased to finally get the chance to see No Hot Ashes live, after having heard their name time and time again through the grapevine over recent months. They have an incredibly polished sound, and come across as incredibly enthusiastic and able young musicians, which is so refreshing. Their set is packed full of deliciously infectious and upbeat crowd pleasers, which definitely makes them stand out from the crowd. 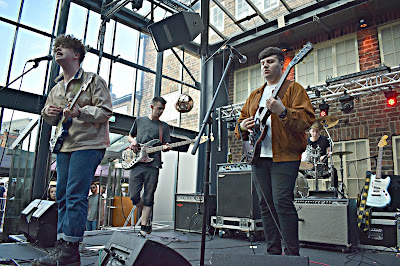 My Tramlines weekend ended in THE best possible way... with Black Honey, who since I saw them for the first time at last years festival have become one of my absolute favourite bands who I just cannot get enough of. Frontwoman Izzy is one of the most mesmerising and charismatic performers I think I've ever seen and with opening number 'Spinning Wheel', she instantly has the audience wrapped around her finger. The band bring out a number of well known crowd pleasers in the form of previous releases 'Madonna' and 'Corrine'- both of which the crowd eagerly sing back to them- but for me, the highlight was the brand new (literally- as this was its live debut!) 'Hello Today'- which is introduced as their next single. 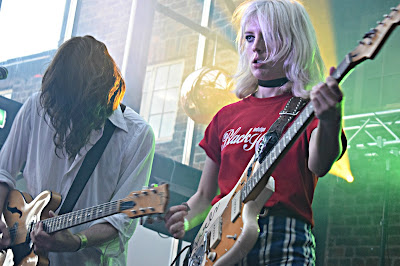 I definitely recommend seeing these guys live while they're still frequenting the smaller and more intimate music venues up and down the country because there is no doubt in my mind that in years to come, Black Honey will be the name on everybodys' lips. Having them as the grand finale to a truly wonderful weekend made the pain of it all being over for another year just that little bit more bearable. 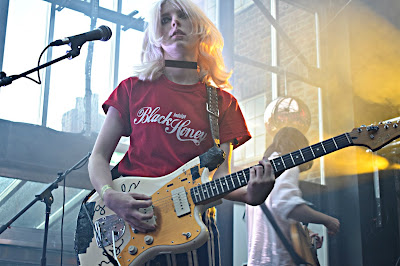 Posted by Fiction Is Not Imagination at 13:31