A couple of weeks ago I was delighted to have been invited to attend Welcome To The North- aka a brilliant new music festival set at my beloved favourite venue, Brudenell Social Club in Leeds. As a proud Northerner- what could possibly be better than an all day musical extravaganza dedicated to all things Northern? I had a fantastic time, and as well as seeing a couple of great bands that I already loved- I discovered some wonderful new ones too, which in my opinion is what festivals are all about. 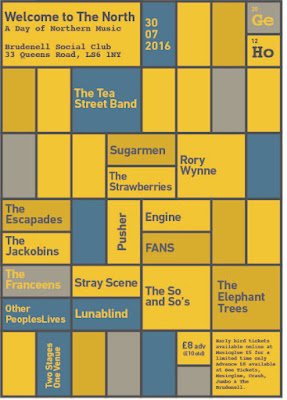 The opening band was Scarborough based Stray Scene, who gave a wonderfuly eclectic performance packed full of charming, rocking indie anthems. What immediately stood out to me about these guys was the support they were getting from their small but loyal audience; their set was just after lunch, and they were the first band of the day- so as to be expected, the place wasn't at capacity just yet. However the band performed with the same level of enthusiasm, fun and vigour that you'd expect if they were performing to a packed out Wembley Stadium- and those who were watching were obviously having the time of their lives. 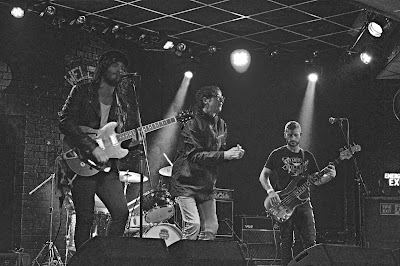 Next came The Franceens, a brilliant and high energy rock/punk trio from York. From start to finish, their set was extraordinarily full on, so much so that I don't think that anyone in the band paused to take a breath at all- not even for a single second! Their music is quite heavy, which admittedly usually isn't my thing at all but I was incredibly impressed by their energy, and their sound in general. I did enjoy their performance- which was solid and consistent throughout. 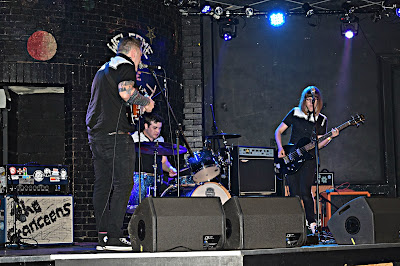 I moved across to the Games Room, the smaller of the Brudenells two stages, to catch Lunablind- a charming Indie-Rock group from Leeds who I've been hearing a lot about over recent months and so was looking forward to finally seeing live. With so many wonderful up and coming bands on the Leeds music scene it's important to really stand out from the crowd- and these guys definitely do; they're all about the shimmering, shoegaze melodies backed up by solid and well varied vocals. Their set was smooth, confident and everything I'd hoped for and more. 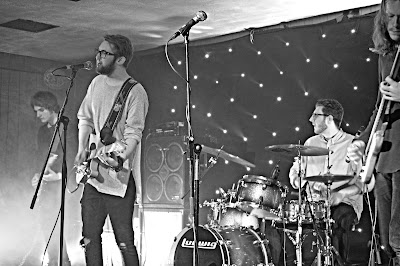 Grimsby's The So & So's gave a rousing and enjoyable performance over in the main room; they have such an impressive stage presence, and their set was filled with catchy, well written tracks that were all well delivered and equally well received by the growing audience. 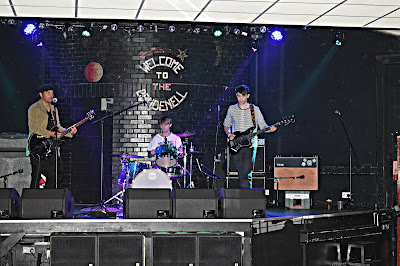 I'm always thrilled to see The Elephant Trees perform; there's something so likeable about them as a band, and their musical style is extraordinary- as I've touched on when I wrote about them in my recent Tramlines review. Martha Phillips' beautiful vocals and their incredible chemistry as a group really add to their already impressive aura, and I look forward to hearing and seeing more of them in the near future. 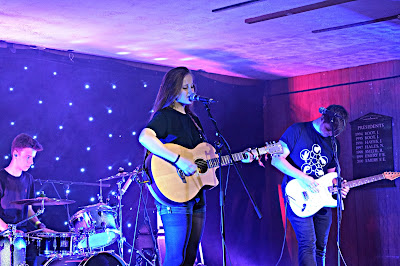 Now I've written about The Jackobins a couple of times in the last month or so, and admittedly I've fallen somewhat in love with their music of late. I'm firmly of the belief that they're a little bit underrated; their latest review 'Hasty' is nothing short of phenomenal, and they're one of THE most impressive live bands I have ever seen. Why they're not absolutely massive yet is beyond me. They powered through a set comprised of their usual crowd pleasing, huge rock numbers and as always frontman Dominic put on quite the show- at one point taking his microphone stand down to the ground floor and performing amongst his audience. 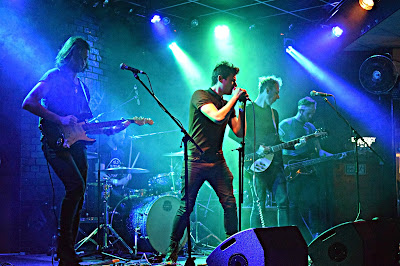 One of the highlights of the festival for me was Rory Wynne, who I'd never heard of until he appeared on stage and introduced himself. What immediately intrigued me about him was the cool and confident way in which he composed himself on stage, both in terms of his performance and the way in which he communicated with the crowd. At just 17 years of age, he's good- and to be honest, I think he knows as much. He's a very charismatic performer and I definitely think he's one of the most promising young talents in the country at the moment and one to be watched. 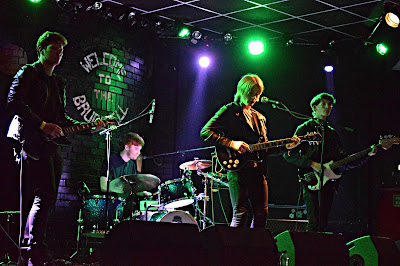 The last band of the day for me were Leeds based The Strawberries, who admittedly were the act I'd most been looking forward to. Suffice to say they did NOT disappoint. In recent months I've been seeing their name absolutely everywhere and heard so much from friends about them and how good they are, but for one reason or another I've always missed out on getting to one of their shows. Their set had me completely entranced from start to finish; in terms of reasons why, its difficult to explain- I think this is a band that have to be seen to be believed. They are such compelling performers and there's something so deliciously old sounding about their music that makes them completely unique. 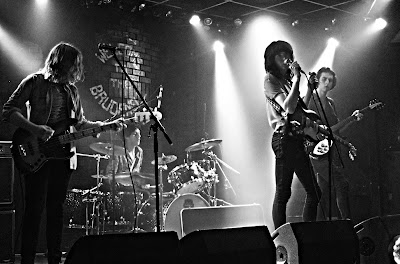 Posted by Fiction Is Not Imagination at 02:26

Email ThisBlogThis!Share to TwitterShare to FacebookShare to Pinterest
Labels: brudenell social club, leeds, lunablind, music festival, music review, rory wynne, stray scene, the elephant trees, the franceens, the jackobins, the so and sos, the strawberries, welcome to the north