So I think I can safely say that my day at Party In The Pines festival will forever go down as one of my favourite live music experiences EVER. Admittedly, I wasn't really sure what to expect... I've never been to Scunthorpe before, but I know it's not the most scenic of towns so I could never have guessed that this festival would be in such beautiful surroundings. The festival site itself is quite literally surrounded by pine trees which means you feel somewhat cut off from the rest of the world (literally, as there was ZERO phone signal the entire day) and once you're in, you can't really see out. But this is a good thing. It was so peaceful, and I had such a relaxing day with some really fantastic people... and I didn't even check Facebook or Twitter once all day! Plus, as an added bonus the sun stayed out the entire time. Definitely one of the best all dayers I've ever been to and I can already 100% say that I'll be back again next year. 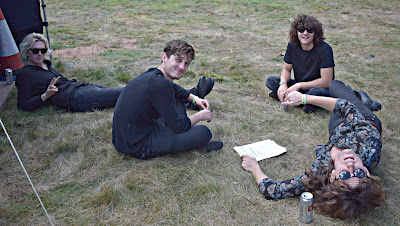 Now as anyone who knows me will confirm, 2016 has been the year that I've fallen madly in love with a band by the name of JUDAS- so to start my day at Party In The Pines at the main stage with them was absolutely perfect. As always, their performance was atmospheric and powerful- though I do think they'd have been better suited to a slot a little later on in the day. These guys are tailor-made for festivals and have such a huge and impressive sound and set up. I was delighted to see brand new track 'Bad Love' introduced into their set and as with everything they've come out with so far, it's exultant, passionate and proof once more that this band are destined for a BIG future. 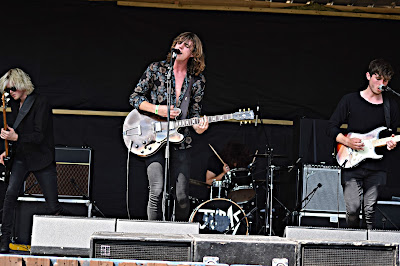 After having missed their set at the recent Tramlines festival, I was incredibly excited to see Jackals Rose live again for a second time. With the slick and completely unique punk-rock vibe that they have going on with their music I think you can always guarantee that their live shows will be an absolute frenzy of fun and forceful, glorious noise. It's not difficult to see why they're becoming one of the most sought after bands on the live music circuit and I for one can't get enough of them. 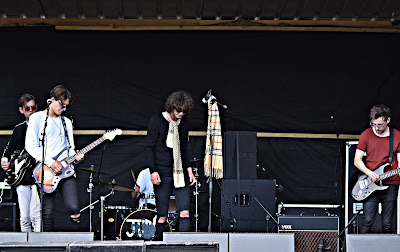 I headed over to the Up-&-Coming Stage to catch one of my new favourite bands, The Rook. As always their set is absolutely stellar; the standout track for me is Whistle In The Wind, which whenever I hear it always ends up in my head for days on end. These guys are all such capable musicians, and have such a mature, polished sound. They seem to sail effortlessly through the performance, as always, and are clearly incredibly passionate and happy about what they're doing which I have a lot of respect for. 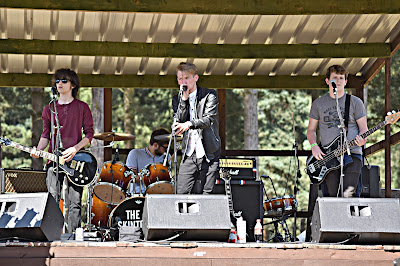 It's tough to even begin putting into words how completely and utterly brilliant The Barmines are; as great as studio recordings of their music are, they truly have to be seen to be believed- and every time I see them live they make it all the more difficult for me to write about them and do them justice. They just seem to get better and better, and though I'm sure in part that's due to the hours they undoubtedly put in practising, it's mostly down to the simple fact that this band are something very special, and that's all there is to it. As always with their performances, their loyal army of fans were out in force, singing and dancing along to every single song- even the newer ones, which have only made an appearance in recent months. 'These Days & Nights' and closing number 'Skys The Limit' are particularly standout, and seem to be the biggest crowd pleasers. I have a real soft spot for this band, and it's always a pleasure to see them live- especially within a festival environment, as I genuinely think this is where they flourish the most.

Sisteray, a four piece from London, have been on my radar for a few months now; I keep seeing their name everywhere, so I was looking forward to finally getting the chance to see them live and see for myself what all the hype is about. Their performance is energetic, fast paced and refreshingly different from anything else I've heard or seen before. They have quite a raw, gritty sound and an impressive presence- but I do think perhaps they'd have been better suited to a bigger stage. 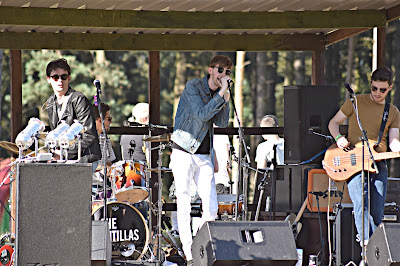 I'd been looking forward to seeing Franko Fraize all day- especially after some unfortunate technical difficulties cut his Tramlines performance short last month and I wasn't able to see him. You can't help but smile when watching him perform; I must admit, his musical style isn't usually to my taste but I absolutely love everything I've heard from him so far; there's something so authentic and very likeable about him and whenever I see him live I stand there with a smile glued to my face because he manages to inject so much fun into everything he does. 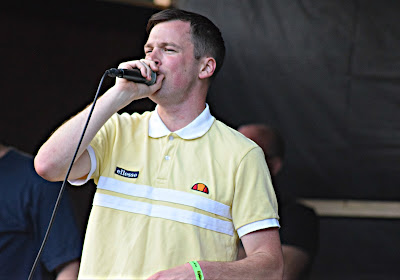 Cabbage are one of the most exciting new bands around at the moment and completely owned the Brownies stage from start to finish. Their live shows are always nothing short of madness! These guys come across as incredibly eccentric performers, and I gave up even attempting to photograph them quite early on because they literally do not stand still for a single second! There's something quite humerous about them- I can't help but laugh at the sight of them rolling around in the sand (there wasn't an actual stage at this particular set up) but at the same time I do believe they are completetly serious about music and about being the best band that they can be. They are so refreshing to watch, and I'm ridiculously excited to catch them again later this year when they support Blossoms on their upcoming UK tour.

When it came to the headlining band, The Pigeon Detectives, I knew for certain that we were all in for a fantastic show; they never disappoint, and seeing them live and hearing some of their older tunes such as "I Found Out", "Take Her Back" and "This Is An Emergency" is always like a comfortingly nostalgic blast from the past. They're the Kings' of catchy riffs, memorable choruses and spellbindlingly energetic live performances and were most definitely the perfect culmination to a truly wonderful day. 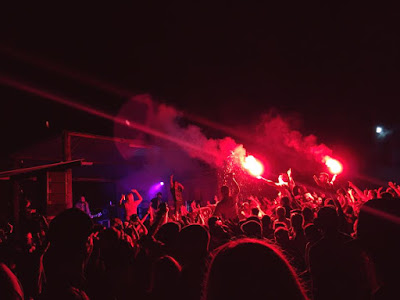 Posted by Fiction Is Not Imagination at 11:45