It was an absolute pleasure to attend Blackfest last weekend, an all day live music extravaganza set at the Blacksmiths Arms pub in Harworth, Doncaster. The festival is organised by some very dear friends of mine, John Alexander and Scott Howson- aka Ginger Beard Promotions. I must start by raving about these guys, because they truly are an asset to the music industry and do such a fantastic job of promoting up and coming bands from all over the country and providing them with some really great gigging opportunities. This is Blackfest's seventh year, but the first time I've been able to attend and I had an absolutely brilliant day.

I arrived just in time to see The Kavaliers, who I'd been really looking forward to as I haven't seen them in well over a year. Since then, their live show has become bigger and better than ever before, and it was great to be able to hear some of their more recent music for the first time. However, the highlight of their set for me was most definitely 2014 single 'First Sign', which sounds just as bold and contagious now as it did when I heard it for the first time. Their huge and anthemic sound is somewhat reminiscent of Oasis in their glory days, and in my opinion this Doncaster based five piece are one of THE most exciting up and coming bands in Yorkshire right now. 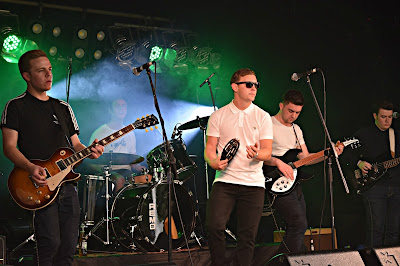 Next came The Stray Hounds, who are also from Doncaster. They have a very edgy and unique sound, as well as quite the stage presence- impressive for a band who only played their debut live show last month! Their music has a real punk vibe to it, which I enjoyed; at the moment, there isn't much in the way of information or music available online- but it's early days, and I'm excited to see what they come out with in the future. 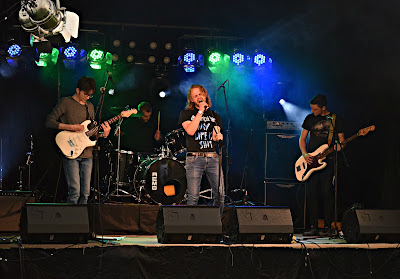 Simple Poets travelled a long way from Kent to Doncaster in order to play Blackfest, and that alone showcases a real dedication to their art. Their set was jam-packed with big, atmospheric yet charming indie-rock numbers. My newfound love for their music was almost instantaneous. 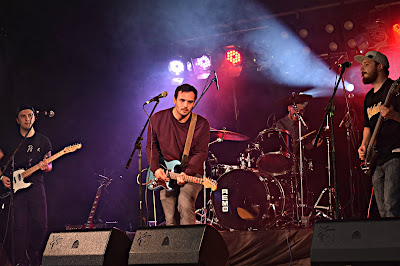 Again, they're a relatively new act- but they do have a track available to listen to online; check out 'Bricks' below, so you can get an idea of just how good these guys are for yourself.

Sabella are one of those bands that I'd heard lots about, but never actually listened to or seen live before. All I can say is... I really wish I'd jumped on the bandwagon sooner, because they are quite literally everything I look for in a band and I thoroughly enjoyed their performance. For me the standout track was their most recent release 'Hard Enough', which I've had in my head for days now. At the end of the set when John came on stage to hand out free CD's featuring this very track, I kid you not- it was like a stampede! Perfectly executed hooks and stylish vocals are what this band are all about, and the audience are extraordinarily receptive to everything they do. 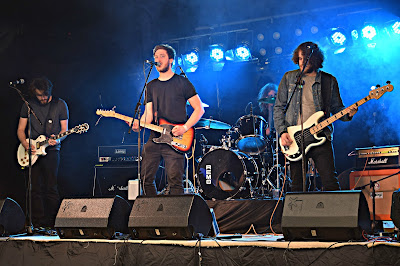 I've touched on The Barmines a number of times now since I started this blog, and despite the fact that I say this every single time I see them live, they're one of my all time favourite live bands and get better every time I see them. At the moment the highlights of their live set are the newest additions to it, new songs such as 'Control', '24/7' and 'Reliance' which showcase the band at their best and only amplify my certainty that they're going to be absolutely huge. 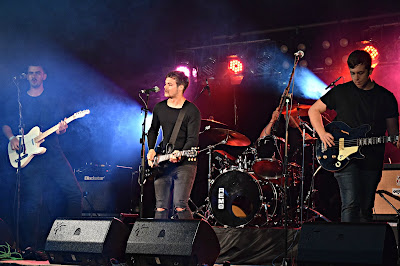 I'd been SO excited to see Scarlet, since I've done nothing but listen to them over the past few weeks following the release of their latest single 'Your Control'. They've been on my radar since I saw them for the first time at last years Tramlines festival but it's only very recently that I can say that I've properly gotten into their music. Jessie Robinson is such a fantastic frontwoman and gave an incredibly charismatic performance which perfectly showed off her unique and melodic vocal talents. There's a lot of chemistry within this band which I think definitely adds to their stage presence, and after such a positive performance I am very excited for the release of their forthcoming debut album, 'Effigy' in October. 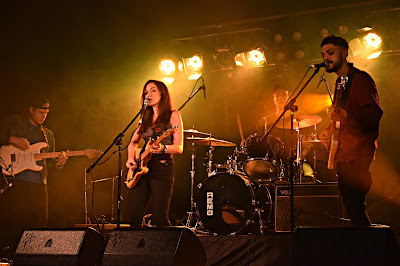 I already knew former Catfish & the Bottlemen guitarist Billy Bibby to be an extremely talented musician, so I was very excited to see him perform before with his new band The Wry Smiles for the first time. It was such a fantastic experience, and they were most definitely one of my highlights of Blackfest. During his set, members of the audience came forward and danced in front of the stage and all throughout his set the atmosphere was so incredibly relaxed laid back. Their music is very feel-good and very well suited to the festival environment. I could tell that the band were genuinely enjoying themselves the whole time, and with tracks that are so memorable, catchy and well defined it's no wonder that their live performances evoke such warm reactions from their audiences. 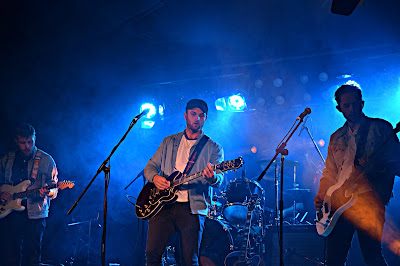 New York Tourists were my final band of the day, and I was completely and utterly blown away by their awe inspiring performance. Never having seen them or heard their music before, I wasn't sure what to expect- but I did have high hopes, due to the fact that I've heard so many wonderful things about them from friends. Seconds into their performance and I already knew that they were going to be good; stellar instrumentation and soaring, shimmering vocals make for an absolutely unforgettable, exulting and extremely energetic live show. I'll definitely be looking to see these guys again soon. 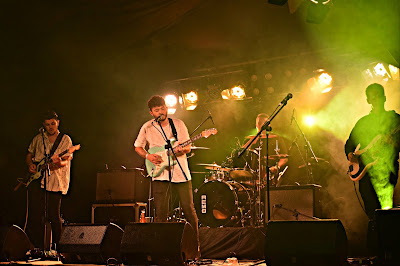 Posted by Fiction Is Not Imagination at 10:22