Admittedly, the Saturday of this years Tramlines' was the day I'd most been looking forward to; mainly because my three ultimate favourite bands, aka October Drift, Judas and The Doldrums, were all scheduled to play and surprisingly none of them clashed! There's nothing worse than clashes when it comes to festivals. Unfortunately due to illness Judas had to pull out, but I still had an absolutely fantastic, albeit exhausting, day.

My first band of the day were Birmingham based guitar thrashing quartet Juice, who I've been wanting to see for AGES. I first discovered their music through Soundcloud when their rip-roaring track Acid Kids came on randomly after I'd been listening to another track. They kicked off their Tramlines set with this very song, and I loved every minute. Forthcoming single Angel Of The Azure is a surge of melodic brilliance and definitely seals their place as one of the most promising young up and coming bands in the country. The highlight of their set for me was the explosive yet delightfully hazy Sugar, which was their debut release last year. This band were an accidental find for me, but I'm so glad it happened as they're fast becoming one of my favourite new bands- even more so now that I've seen them live. 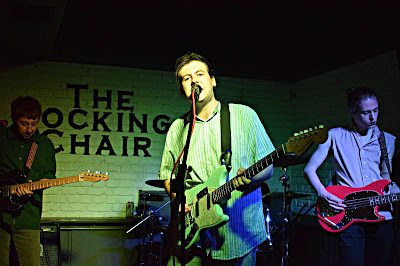 KONG, who I caught at Crystal on Saturday afternoon, certainly know how to put on an exciting live show. I find this band somewhat intriguing; their sound is a mixture of indie-rock and punk, which definitely works for them and sets them apart from the sea of up and coming bands emerging from Sheffield at the moment. Assertive, gritty vocals and extraordinarily powerful, scintillatingly addictive guitars make for a raw and all around impressive performance which I really enjoyed. 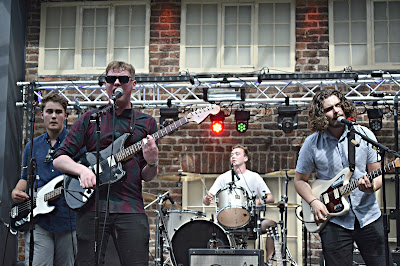 I first discovered White Room a few weeks ago when they played for This Feeling in Leeds, and I was completely blown away by their dynamic and coherent live show. The band hail from Brighton, and have a delightfully raucous and diverse sound, which I think is heavily reminiscent of the 90's Britpop era. From start to finish, their set is shimmering, energetic and full of confidence with just the right amount of swagger. White Room have already caught the eye of music legend Paul Weller, and it's easy to see why; their set is filled with ready made hits, my favourite being their most recent release, the wonderfully psychedelic 'Think Too Much'. 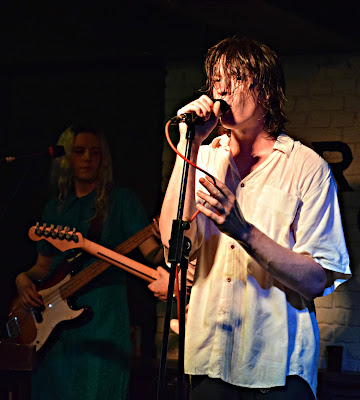 I always look forward to seeing The Doldrums live; they're one of my favourite bands, and are such a hardworking group of lads with a real knack for providing a pitch perfect, audacious live show. After having seen them perform a number of times over the last few months I now feel quite familiar with their new music, and it makes me seriously excited for their forthcoming second EP. The band soared seamlessly through their set at West Street Ale House, which was comprised of songs both old and new; from the infectious hooks of the addictively catchy 'Chinese Chip Shop' to the all but delicious 'Smoke Rings and Wolfbites', their performance is a high powered frenzy of excitement and I never wanted it to end. One of the most interesting things about this band is the shared frontman duties between Ollie Trevers and Josh Langley; this provides a real musical diversity, as no one song is ever the same. 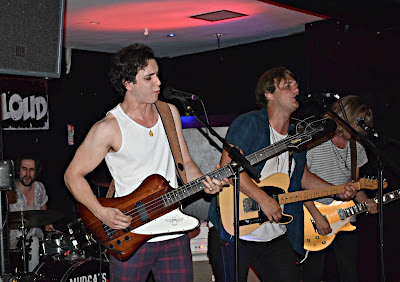 When I arrived back at Crystal Bar, excitement and anticipation had reached fever pitch leading up to October Drift taking to the stage. It was great to see the place so full, and to see so many familiar faces all of whom were so visibly looking forward to the performance ahead. Where do I even begin when talking about this band... I don't think I could ever really put into words how I feel about them; I have a real soft spot for them, and anyone who knows me well will have no doubt had to put up with me constantly raving about how good they are. There's something so inexplicably special about them, and if you haven't already, then get to one of their shows... you'll understand exactly what I mean when you do. Their live shows are always incredibly energetic, with each member of the band giving their all as if this is their last ever performance and they have to make it as grand and memorable as is possible. Everything they do is done with complete passion, exhultation and the upmost enthusiasm; October Drift truly are in a class of their own, and I couldn't have wished for a better way to end Day 2 of my Tramlines weekend. 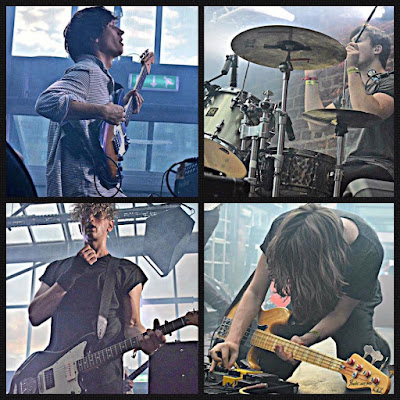 The final part of my Tramlines diary will be up in the next couple of days.
Posted by Fiction Is Not Imagination at 12:38