Tramlines is that one beautiful time of year where we can all forget about all of our worries and just relax and enjoy three carefree days of fantastic live music. I've been a little stressed out of late what with one thing or another, so I vowed to myself that I'd basically let all of that go, have a drink and a dance and enjoy the weekend alongside some pretty wonderful friends and some of my favourite bands. This was my third time attending the festival, and I enjoy it more and more each year as I venture out and discover some of the hidden gems that are Sheffields' music venues. Once again I spent most of my weekend at Crystal Bar, which as per usual boasted an absolutely brilliant line up courtesy of Aggresive Management, but I also spent quite a lot of time at Tiger Works Bar on West Street and also at The Rocking Chair- both of which are seriously impressive little venues and hosted some great up and coming bands over the three days.

My Tramlines started on Friday evening at Tiger Works with Liverpools' very own rock powerhouse, aka The Jackobins. I've been looking forward to seeing these guys again for quite some time, especially after having recently heard how brilliant their new music is. I wrote about their new single Hasty last week, and you can read that here. I've pretty much had that on repeat since it was released on Friday. Suffice to say my weekend could not have gotten off to a better start; there's something about this band that just draws me in. I've been aware of them for a couple of years now, but it's only recently that I've really started to get into their music. In terms of stage presence, they're one of the most impressive bands I've seen live to date. Frontman Dominic oozes confidence and star quality; it's difficult not to be taken aback by how powerful his vocals are. 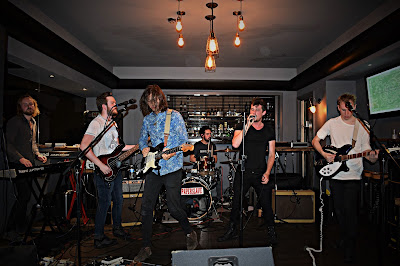 I don't think it'll be long now before these boys leave the small, intimate venues behind in favour of bigger stages and bigger audiences- they already have a large and incredibly loyal fanbase, as I've noticed both times I've seen them live. They have a huge sound, and are such energetic and tenacious performers. 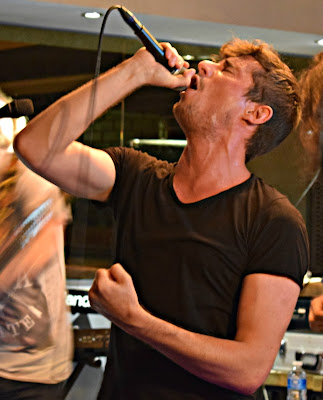 As soon as The Jackobins ended their set, I hotfooted it down to Crystal Bar to catch one of my favourite artists, Conor Houston. Having arrived a little late, he was already on stage when I got in but I somehow managed to squeeze my way through the crowds to steal a front row spot for the rest of his set. It's the second time I've seen him perform with a full band, and as wonderful as his music sounds when played acoustically, there's something very special about seeing him live like this and I think the particularly big, glam-rock tracks within his set such as The International and Retro Tinted Mind benefit from being played live in this way. 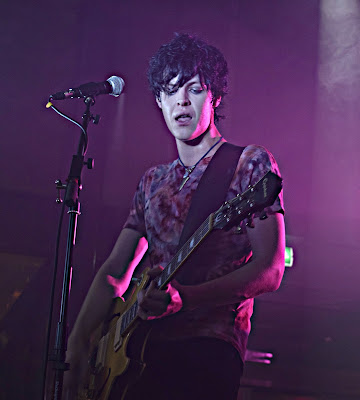 Conor is most definitely one of the most talented and creative people I know, and from speaking to people in the crowd after his set I think everyone feels much the same way. He has such an artistic flair and is an incredibly skilled songwriter. The standout performances for me were The Best Strangers In The World, which has long since been my favourite of his tracks, and the incredibly catchy Champagne Eyes. It was great to see so many people crammed into the venue to watch Conor, and he was clearly in his element that night. 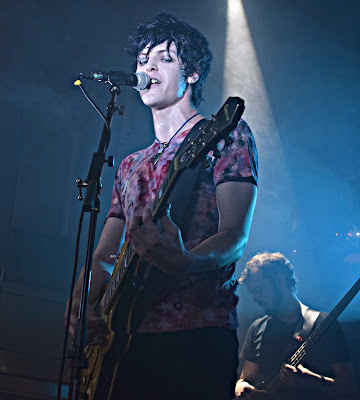 Part 2 of my Tramlines diary coming soon...
Posted by Fiction Is Not Imagination at 12:47