Marsicans are probably my favourite live band at the moment, for a number of reasons; first and foremost, their music makes me happy. It's cheerful, infectious and summery. Perfect! It's just impossible to walk away from one of their gigs without a smile on your face. However, one of the main reasons I always look forward to seeing them is how beautifully articulate their performances always are. I don't think I've ever come across a band quite so in tune with another as these guys are, and they're always a joy to watch. The Chapel at Seacroft in Leeds is a really beautiful setting for a gig, so I knew this one was going to be pretty special. Plus, the show was broadcast live on Chapel FM which definitely added an element of fun to the evening, meaning that the audience were not only treated to a live performance but a little interview with the band beforehand too. 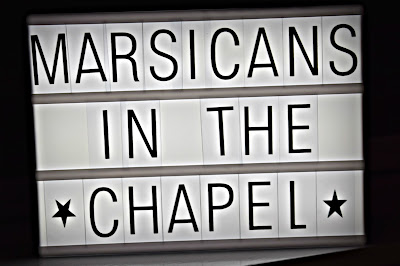 Their live set began with latest release Far Away (Saudade), an intelligent, harmonic number with lyrics that stick in your head and foot tapping melodies that have you dying to get up and dance. A stripped back version of Gone In A Second came next; I'd never heard the song played this way before, and was completely blown away by how beautifully it showed off the incredible vocal ability of every single member of the band. 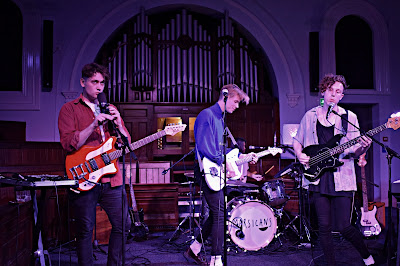 After the captivatingly catchy Arms Of Another, the band treated us to a brand new track. "If a baby is being born- what would it think coming into this place?" is how James introduces 'Wake Up', and with what's been going on throughout the world of late, it's difficult not to agree. This song has such a beautiful and effortless simplicity to it, and the lyrics are so uplifting. 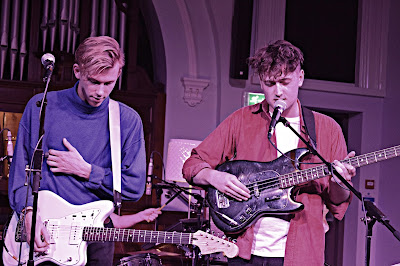 Last release Swimming is an absolute Summer anthem, and unsurprisingly it goes down well with the crowd. This one is just PERFECT for those carefree Summer days spent lounging around in the sun. Finally, the band bring out 'Absence'- which is introduced as the lead track from their forthcoming EP. In my opinion, this is definitely the jewel in the crown and undoubtedly my favourite Marsicans song to date. 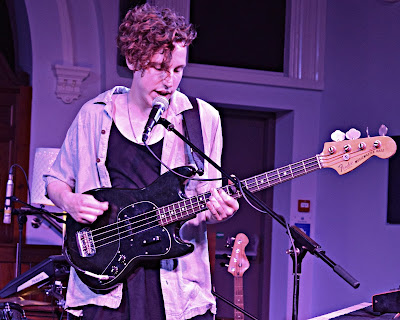 I've think there is a real difference between their new music and previous releases; it's still just as quirky and just as fun, but I feel as if they're really starting to come into their own and there's a real sense of them having devoloped and matured as artists. With a new EP planned for later this year, I think its safe to say that we're about to be treated to some of their strongest work to date. 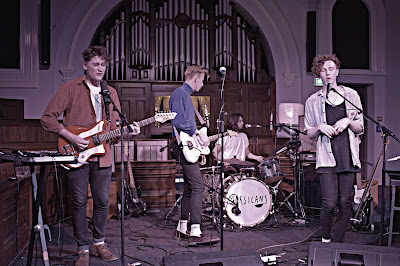 Posted by Fiction Is Not Imagination at 08:55