Never before have I felt moved to the point of tears by someones' live performance, but there is something so vulnerable and raw about the way Thomas Cohen performs that it is impossible not to feel touched. From the way he looks and dresses to his mannerisms both on and off stage, there's something inexplicably ethereal about him. I knew even before he took to the stage that I would be witnessing something very special after having listened to his recently released debut album Bloom Forever, which is an achingly beautiful collection of extraordinarily well written songs that are all so deeply sincere and honest that it's impossible not to fall in love with it the first time you hear it. 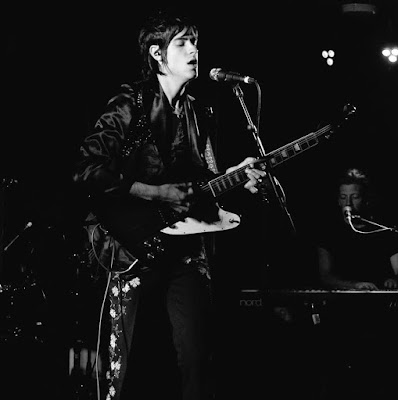 Thomas takes to the stage barefoot, and with a quiet kind of confidence which is both endearing and enthralling in equal measure. Unique, silky smooth vocals with a hazy, resplendent accompaniment of soothing, soaring guitars mean it's oh so easy to become completely caught up in his music as he performs. From the upbeat, shimmering heights of Honeymoon, Bloom Forever and his most recent single Hazy Shades, to the moving, celestial beauty of Country Home, I was genuinely in awe the entire time. My personal highlights though were New Morning Comes, a bright and breezy number and undoubtedly my favourite from the album- which was followed by a cover of Patti Smiths' 'Pissing In A River', in which he casts aside his guitar and thrashes about the stage; it's a captivating, intense and heartbreakingly fragile performance throughout- just as I'd come to expect from him. 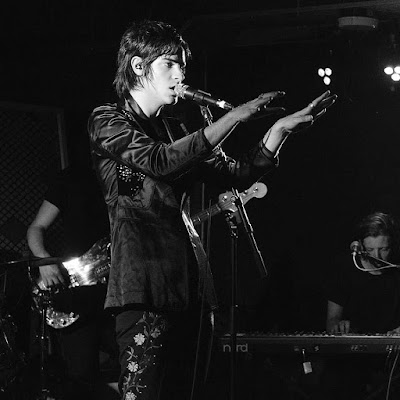 After the gig I was honoured to get the opportunity to speak in depth with Thomas, who was happy to answer a few questions for my blog. I was initially quite nervous, but he soon made me feel at ease with his calming and attentive aura.

Musically, I think there's a big difference between your solo material and the music you made during your time with S.C.U.M- do you think that change in direction is because you yourself have changed as a person, or have you perhaps been listening to different genres of music which have creatively inspired you to do something different?
Yeah, I think probably a bit of both. With my first band and that record, I was 19... I'm 25 now. But definitely, I kind of changed the music I listen to quite drastically. I didn't write the music in my old band either, I was just their frontman so this is the first music that I've written.

I remember some of the first bands I ever fell in love with were bands like Suede, and Manic Street Preachers and I'd like to think they helped kickstart my love for music. What did you grow up listening to and has any of it influenced your own musical style?
My dad always listened to The Velvet Underground, Patti Smith and The Stooges. That was the music I remember from when I was a kid. I really liked The Stranglers, I don't really listen to them but I remember liking them when I was quite young.

Music has helped me through some tough times. You've been through a lot in the last couple of years- does music help you?
I don't really do anything else, other than be a dad.  It's pretty much being a dad and music. (Thomas is dad to Astala & Phaedra.) I can't think of an hour of the day where I'm not listening to music. Suddenly you realise it's not so scary to make it, that helps too.

I always perceive you as being a bit of an "old soul"- not only because of the music that you make, but also because of your style... If you could travel back in time to ANY era, where would you go and why?
I think I'd like to go to America, like 1910. I think that's what I'd go for. I guess there was a lot of stuff going on then that was absolutely appalling but if I'm going for a day or something... I wouldn't want to go permanently!

Finally... what's next after this tour? Are you already working on Album 2?
The second albums done. I haven't finished recording it, I'm going to record it this year. I think I'm just kind of at that stage where everything's quite prolific. I don't demo any of my music, I play it to myself every night. So that, and then hopefully a third record. 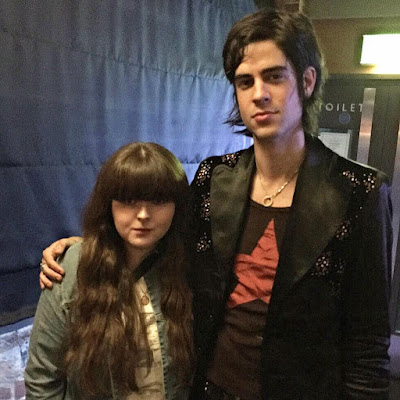 Thomas' debut album "Bloom Forever" is out now, and I implore you to give it a listen. Prior to this gig, I already absolutely adored it but I think I'll appreciate it even more so now having seen it live. You can purchase it on iTunes here.
Posted by Fiction Is Not Imagination at 09:21