I remember the first time I ever saw The Barmines live, and that was just over a year ago at the Rocking Chair in Sheffield when they supported October Drift; they blew the roof off that night, and I quickly realised that they're one of those bands you could never tire of seeing live, mainly because each and every time you do, it's set in stone that they will have seriously upped their game. This is a band who are constantly working hard to better themselves. They're strong and confident musicians, who clearly give their all to absolutely everything they do and I have a hell of a lot of respect for them.

As always with gigs' put on by This Feeling, it was an all around incredible night; before doors even opened, queues stretched outside and far around the venue itself, many of whom I noticed were wearing Barmines t-shirts which was great to see. Understandably, these guys have a very strong fanbase, and from start until the finish of their set the crowd continually chanted "Barmi Army" (the collective name for the bands' fans). They kicked off proceedings with debut single These Days & Nights, released last year, which is a guitar driven whirlwind of musical brilliance and was probably one of my favourite musical releases of 2015. Starting with this was definitely the right choice, and following it up with the also much loved Strangers had the crowd in a state of such euphoric bliss that I think every single person in the room was already smiling, dancing and singing along to songs that have seemingly been catapulted to all but legendary status. As well as bringing out the hits, the band introduced a small number of brand new tracks into their set, my particular favourite being Control which is just so good, it's off the scale. 24/7, another new one, is punchy and spirited and everyone seemed to fully enjoy it. The new music shows a tenacious and impressive new direction, and left me in no doubt that any forthcoming recordings and releases from the band will be some of their strongest work to date. 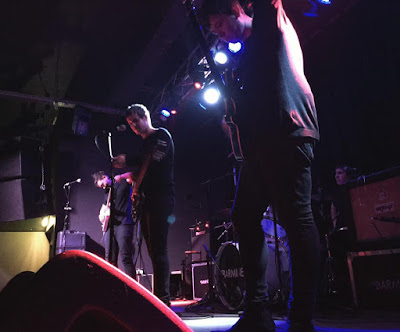 Grand finale Sky's The Limit leaves everyone in the room desperate for more. It's the first homecoming gig of 2016, and I think it's safe to say that it could not have been more successful. The Barmines' gigs are always guaranteed to provide an atmospheric, energetic night where fans are treated to a short but exceedingly sweet set comprised of arresting and infectious songs, which do a good job of proving to us all that rock and roll is not and never could be dead as long as these guys are around. 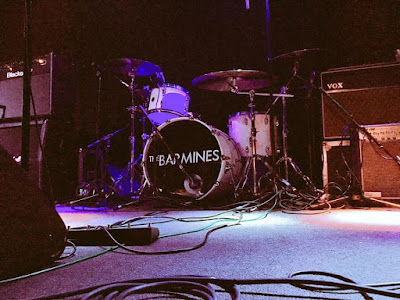 You can read the interview I did with the boys prior to this gig here.
Posted by Fiction Is Not Imagination at 04:20