Immediately after Carnabells set, I headed to the Leeds University Refectory to catch The Sherlocks. I've been following them for a number of years now and in that time I've seen them go from playing small pubs and clubs to selling out venues on a much larger scale up and down the country as well as scoring some incredible support slots with bands such as The Libertines, Reverend & the Makers and The Enemy. As well as that, they've received huge acclaim from some of the countrys' top radio stations, with their most recent releases Last Night & Heart of Gold being played regularly on Radio 1. Definitely an impressive feat for an unsigned band from Sheffield. They're definitely well deserving of all of this success, having worked incredibly hard over the last few years relentlessly touring and releasing new music. They've yet to release an album but I honestly don't think I've ever seen a band inspire so much loyalty from their fans before; at every show, there's always such a wide variety of people of all ages in the audience, all of whom enthusiastically chant every single word of every single song back at the band as they perform. Live At Leeds was one of the best performances I've ever witnessed from The Sherlocks; they've always been easy, confident performers, and I could tell that they were truly in their element and genuinely excited to be playing to such a huge crowd. Old favourites, including debut single Live For The Moment and Chasing Shadows receive excellent responses but for me the highlight was brand new track Will You Be There, which I hope they go on to record and release sometime soon, because it's a real anthem with absolutely massive potential. This is a band on an exciting journey, and I'm certain that they're destined for big things. 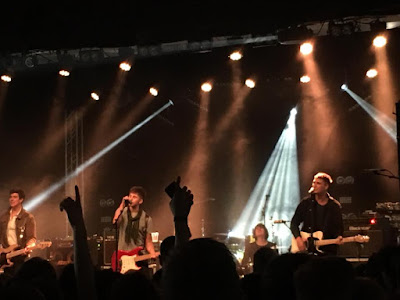 I've been excited about seeing DMA's live for quite some time, having heard amazing things about them from a number of people I know. I remember being at work one Wednesday afternoon and Delete coming on the radio; I fell completely in love with it and from that moment, I knew they were special. With music reminiscent of the 90's Britpop era, their performance is nothing short of stunning. From opening track, the rip-roaring, guitar thrashing Timeless to grand finale Play It Out, everything is effortlessly well delivered and pitch perfect. As the band are about to finish up, with great panache, frontman Tommy O'Dell leaves the stage and exits the venue via the upstairs balcony before the band have even ceased to play. In full view of the audience, he inspires roars of both applause and laughter- and he doesn't even look back. It's a generic term to use, but these guys are VERY cool, and when I watch them perform I just have that feeling that they're going to be HUGE someday soon. Their debut album is a masterpiece, and without a doubt my favourite release of 2016 so far. I hope they come back to Leeds again, soon. 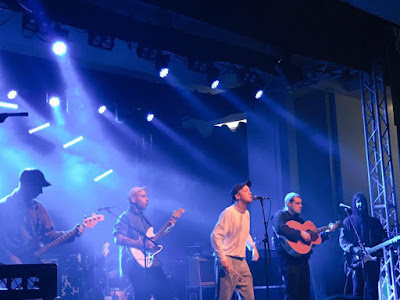 For me, the band I'd been most looking forward to at this years Live At Leeds was always Blossoms. I have a lot of respect and a real soft spot for this band, and like many others, am eagerly awaiting their debut album. I actually saw them live for the very first time at last years festival, and at that point I'd only heard a couple of songs. They had me hooked from the word go and I haven't looked back since. I've seen them a number of times since then, and they seem to get bigger and better each time. The radios have been all over their recent releases, and its great to see them getting the recognition they deserve. I don't know how I managed it, but I nabbed myself a front row spot shortly before they came on stage, and with minutes to go, despite my aching feet it was the most excitable I'd been all day. With a performance oozing charisma and scintillation, I never wanted it to end. They brought out their usual dealing of hits; opener Cut Me & I'll Bleed, the storming At Most A Kiss, and delightfully melodic Charlemagne to name but a few. Latest release Getaway is achingly romantic; it's the first time I've heard it performed live, and I'm not disappointed. It's one of their strongest recordings, a definite step in the direction and perhaps a hint of what's to come on the album. Blossoms are standout, engaging artists in a class of their own. I absolutely adore them. 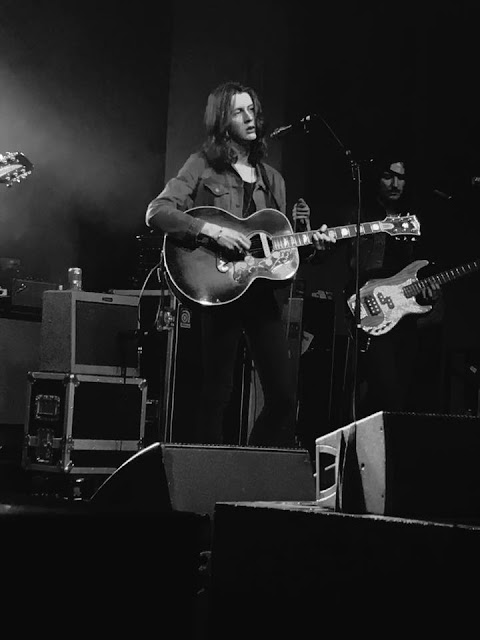 The second Blossoms end their set with Blow, I'm in a dilemma; I had three choices, and I'd been mulling over it all day. Circa Waves at the University Refectory, Sundara Karma at the Faversham or Rat Boy at Brudenell Social Club. In the end I went for Rat Boy, them being the only act of the three I'd never seen before and plus, as I've probably mentioned before, the Brudenell is my favourite venue in the world. I knew I could expect mayhem from the off, but this will probably go down in history as one of THE most fun live performances I have ever witnessed. Jordan Cardy, aka Rat Boy, most certainly has the likeability factor, and I find him to be both amusing and charming in equal measure. He comes across well, and with comic crowd interaction, stage diving and even an audience invasion at the end of the night- it's an energetic set, packed full of catchy, infectious, indie-pop anthems giving the audience plenty of opportunities to sing, jump and dance- fully immersing themselves in the final hours of Live At Leeds 2016. 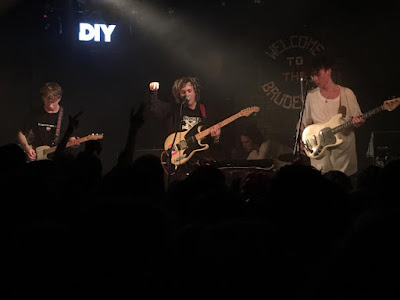 Posted by Fiction Is Not Imagination at 09:26