Festival headliners of tomorow, Judas are confident, easy performers with a BIG sound and an even bigger stage presence. From their atmospheric introduction and stage entrance, to last number Youth of the Young Age, the band showed an astounding amount of professionalism within their performance on both nights and I really felt as if I was witnessing the beginning of something rather special. Until this weekend, I'd seen them live only once before, when they supported Glass Caves last year at the Brudenell in Leeds. They gave me a CD that night, which I loved, but for one reason or another I'd not been able to catch them live again since. Since then, a number of new songs have crept into their set and I cannot wait to see what the future holds for them. With a new EP coming next month, its sure to be bright; they put on an awe-inspiring show, soaring through each and every song as if its the last they'll ever play and they need to make it as vivid and valorous as they possibly can.


Verve Bar in Leeds is a small venue, and I get the impression that these guys are destined to play much bigger in the near future. Saying that, Verve has a good vibe- I've been to a number of Double Denim Live shows here and I've never been disappointed. By the time Judas arrived on stage just after 10pm, the place must surely have been at full capacity. Having frequented Leeds a number of times in the last year or so, Judas clearly have a good, strong fanbase here and its easy to see why. Older tracks such as Love Is The Enemy, Sister & Call Me (my personal favourite) went down like a dream, and ending the night with Youth of the Young Age was definitely the right thing to do as from feedback on social media this appears to be a crowd favourite. 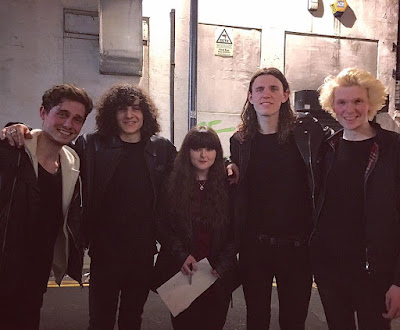 When I found out the guys were playing Rocking Chair in Sheffield the following night, I couldn't resist going back for round 2, and I am so glad I did. In terms of size, there's not much difference between Verve and Rocking Chair but I did feel the sound was better at the latter, which in turn meant the performance as a whole was much more impressive. One of the main reasons I enjoyed night 2 more was the fact a lot of the newer songs I'd never heard before were more recognisable to me, and I could truly appreciate how truly phenomenal this band is. Introduced on both occasions as the new one, Some People is tucked neatly between older tracks Sister & Call Me. Its a rip-roaring success, a real anthem, and a superb example of why this band and their forthcoming EP are ones to watch. With a live performance always packed full of energy, exultation and enthusiasm they truly are in a class of their own. 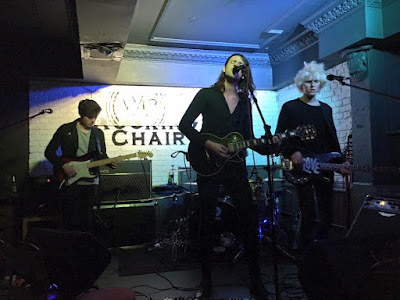 I reckon in the very near future, Judas will be the name on everyones' lips. This is a band who know the direction they want to take their music in, and they know full well that they're good at it. A Judas gig is nothing short of euphoric. Watch this space.

Posted by Fiction Is Not Imagination at 07:34